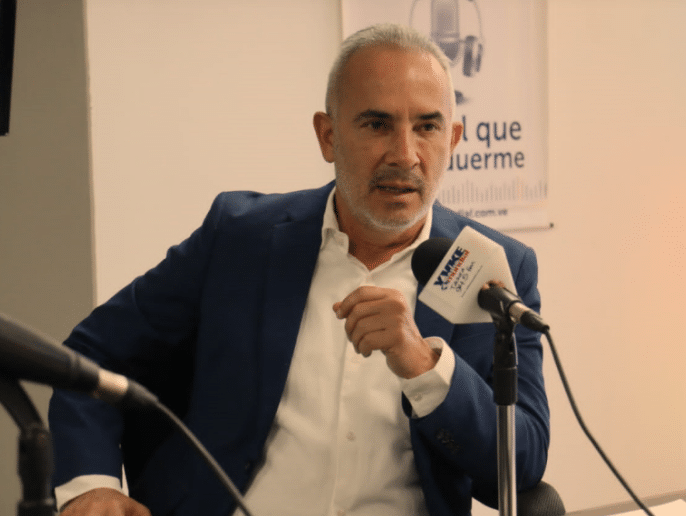 The governor of Táchira state bordering Colombia, Freddy Bernal, assured the public that the paralysis of commerce through the border between Colombia and Venezuela is the result of political measures taken by Colombian President Iván Duque.

Bernal made it clear that the decisions taken from his office, as protector of the state and now as governor, have always been geared towards reactivating the border economy, which can be attested to by the innumerable meetings he has held with representatives from the productive sectors of the Colombian economy.

“I met with all of the entities of commerce, industry, transportation, and border control from Northern Santander (Colombia) . . . and with Victor Bautista, the person in charge of the Northern Santander migration office, and we signed an agreement, but Colombia hasn’t complied with any of it,” Bernal added.

The official then highlighted how Venezuela has complied with all of the conditions stipulated, which range from opening the border to pedestrian traffic, to the timely removal of containers located on the Simón Bolívar international bridge.

Bernal noted that the violated conditions include that of opening the border for commerce, an action which only Colombia can authorize, through the Director of National Taxes and Borders (DIAN).

“People of Northern Santander and people of Táchira, business persons, traders and entrepreneurs, commerce has not been formally reactivated because Mr. Iván Duque . . . said that while Nicolás Maduro was president of Venezuela he wouldn’t maintain commercial relations with our country,” Bernal stated.

Bernal then clarified that this decision has damaged the situation on the border even more, specifically regarding the mafias which operate on the trails, as this illegal activity damages the economy and the communities along the border axis.

“As the governor of Táchira it is my duty to defend the interests of the state and to stand up against the mafias active along the trails (trochas), but how can I do this, if on Iván Duque’s behalf there is no willingness to resume commerce?” asked Bernal. “Unfortunately, thanks to this decision, things will continue to be extralegal.”

Bernal estimated that, in the context of the elections which are around the corner in Colombia, it is likely that the situation on the border will normalize and commerce will restart. “We have waited six years, now we will wait for six months for commerce to reopen,” said Bernal. “We hope that progressive sectors win, those close to the people, those that don’t want war.”