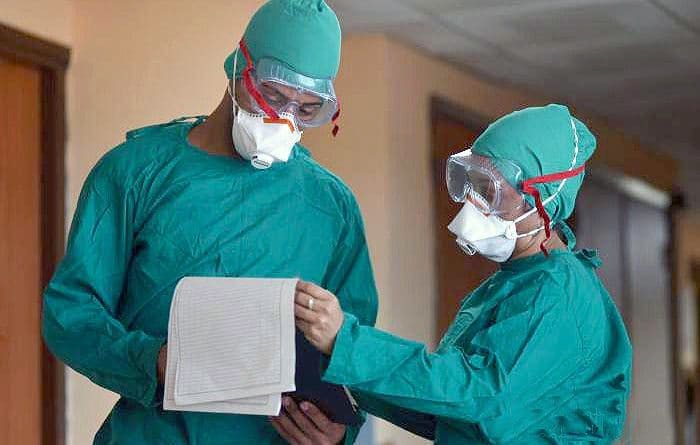 In mid-March Chinese billionaire Jack Ma and his foundation, Alibaba announced that they would donate 500,000 Covid-19 rapid-detection kits and one million masks to the United States, despite the ostensible racist and xenophobic attitude of the US president, who kept talking about the “Chinese” virus. These resources were desperately needed in the great power, whose government, in an undoubtedly criminal attitude, did not take the most elementary measures to protect its population between January and March, as evidenced by the accelerated progress of the pandemic there now.

The founder of Alibaba had also made significant donations to South Korea, Japan, Italy, Iran, and Spain. He then extended these donations to Latin American and Caribbean nations. However, Ma’s help has not been able to reach Cuba. The U.S. Company hired to charter the shipments decided not to do so to Havana on the grounds that it violated the unilateral blockade of the island. Jack Ma, who has shipped donations to over a hundred countries under the labels #Oneworldonefight, has not given up on sending the aid and you can be sure that eventually, he will find some carrier ready to defy Washington’s genocidal punishment of the Cuban people.

Despite the significance of this fact, which highlights the cruelty of Trump and his group in maintaining the economic war against Cuba in the midst of a global pandemic situation, it only serves to remind us of what has been a daily hardship on the island for almost 60 years. And it has been progressively reinforced, to unimaginable extremes, since the real estate magnate became president of the United States. Although the Caribbean island is suffering the longest siege in contemporary history, there are other countries that are currently being severely punished economically by Washington as well. Venezuela is a very serious case of overkill. But Iran, North Korea, Syria and even Russia and China are also subject to harsh, illegal and immoral punitive measures. It is worth noting that in the wake of the pandemic, both UN Secretary-General Antonio Guterres and the head of the UN Office of the High Commissioner for Human Rights, Michelle Bachelet, have called for the lifting or easing of blockades, particularly in the case of Cuba and Venezuela, without the number one promoter of economic wars and human rights violations in the world having even taken notice.

The pandemic has allowed us to appreciate in all its crude characteristics that we already knew about neoliberal capitalism and its political system, very particularly the one that exists in the northern power, but now seen as a whole confirms to us that it is a system in deep crisis, genetically incapable of safeguarding the interests and needs of the majority of its population and incompatible with a healthy life. It has gotten to the point that measures such as the plans to support their populations approved in the face of the pandemic emergency in the United States, Spain, Italy, El Salvador, and other countries have had to make a frontal break with neoliberal logic, since they are based on strong state interventionism in the economies, but almost always with a marked social sense. Unheard of in governments ruled by the market, hundreds of billions have been destined, without return, to the pockets of the citizens.

I want to dwell on two very important points not only for Latin America and the Caribbean but for humanity, which underline the crisis of hegemony that afflicts the United States and the desperation in which Trump and his team are immersed. One is the frenetic campaign that the United States has been waging since last year against Cuban doctors and health care workers, as well as Cuba’s policy of international solidarity. In between, Washington managed to get the island’s medical cooperation teams out of Brazil, Ecuador and Bolivia due to the existence in those countries of servile governments like those of Bolsonaro, Moreno and Áñez, who are dying to ingratiate themselves with the northern power, even if it’s price is abject groveling.

However, despite the pressure, blackmail and the charlatanism of its powerful means of world defamation, the US has not been able to prevent dozens of countries from maintaining Cuba’s much appreciated medical collaboration, nor has it been able to prevent a growing number of Caribbean and European States from requesting the presence of Cuban medical brigades and medicines to combat Covid-19. This, despite the feverish activism against the Cuban doctors by State Department officials, Undersecretary Kozak and Secretary Pompeo himself.

The other worldwide hot topic, beyond the criminal blockade, is the Trump administration’s redoubled war posture against Venezuela. It exposes them that Maduro and Chavismo have made Guaidó a burnt-out cartridge and the defeat of all attempts of the new cycle of coups d’état that began in 2019. As hard as they have tried they have been thwarted by the unwavering civic-military unity.