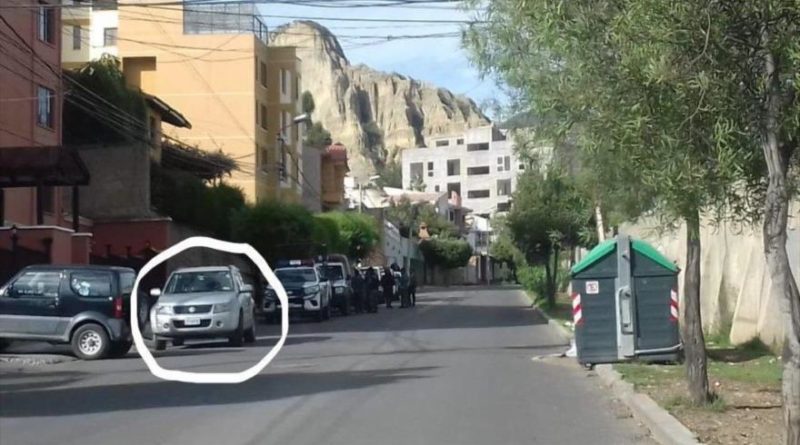 “We want to avoid any type of politicization of an act by Bolivians, we consider that Bolivian doctors have established a health network, we have international support and we do not want this to be used as in the past, as a political flag,” said the minister of Health, Aníbal Cruz.

The brigade of hundreds of Cuban doctors who worked in cities and rural regions of Bolivia during the almost 14 years of Evo Morales’ government (2006-2019) was expelled last November by the current de facto government of Jeanine Áñez, installed after the coup d’etat against the indigenous leader at the request of the armed forces, after allegations of irregularities in the elections carried out by the Organization of American States, later proven to be wrong by MIT experts.

Cruz, who in recent years led the protests against Cuban doctors as leader of the Bolivian Medical Guild, referred to the eventual medical presence of the Caribbean island when responding to a journalistic consultation at a press conference.

The candidate Arce, favorite to win the elections called for May 3, according to various polls, sent a letter to Áñez on March 17, informing her of the predisposition of Havana to collaborate with the South American country.

“We have contacted authorities of the government of the Republic of Cuba, who have expressed their absolute willingness to cooperate with the Bolivian people with the antiviral that their scientists developed, as well as with specialized medical personnel,” Arce told the president.

He added that “beyond ideological differences,” he hoped that the Bolivian de facto government would take the necessary steps to receive Cuban aid and safeguard the life of Bolivians.

The Minister of Health suggested this March 18 that the management of the MAS candidate would have political interests and defended the capacity of Bolivian doctors, who are currently treating the first 12 cases sick with the respiratory disease COVID-19.

“We know of the experience that our epidemiologists have, we know of the international contribution that is being made to us and we also know of some limitations,” Cruz said.

To prevent an expansion of infections with the new coronavirus, the Bolivian government has declared a health emergency since last week and has decreed a national quarantine that has been in effect since March 18.

Minister Cruz assured that Bolivia has doctors, medicines and hospital capacity to face a first stage of high growth of the pandemic in the national territory.

Currently in the world there are 179,111 confirmed cases of COVID-19 , a disease that arose last December, and 7,426 deaths from the disease, the World Health Organization reported in its latest report released on the night of March 17.