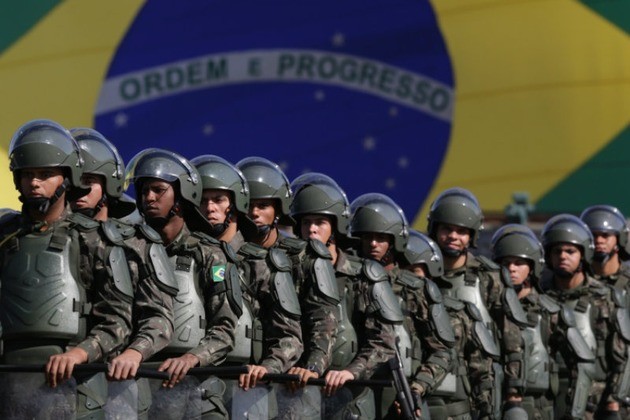 The president of Brazil, Jair Bolsonaro, declared Monday that Venezuela “can not continue as it is” and said that his country and the United States are working on creating “fissures” in the Venezuelan Army to eliminate the support given by the country’s military to President Nicolás Maduro, during an interview with the radio Jovem Pan.

“It is our intention and that of the Americans that there is a split, a division, in the Venezuelan Army. There is no other way. Because whoever decides if the country lives in a democracy or in a dictatorship, it is the Armed Forces”, said Bolsonaro.

Also, the Brazilian right-wing president stressed that he will be able to decide on his own if his country needs to join a possible military incursion led by the United States against the government of the Venezuelan leader, Nicolás Maduro.

“What can Brazil do now? Suppose there is a military invasion there [of the United States]. The decision will be mine, but I will listen to the National Defense Council and then to the Brazilian Parliament to make the decision”, the president said, adding that he does not see any future for Venezuela in its current state.

The United States, which was the first country to recognize deputy Juan Guaido, self-proclaimed “president in charge” of Venezuela, as a legitimate representative of the Venezuelan people, has been using pressure tactics against Caracas, imposing new sanctions in an attempt to force Maduro to get out of power

US officials, including President Donald Trump, have repeatedly affirmed that they will keep “all options” on the table, without ruling out a military intervention in the South American country.