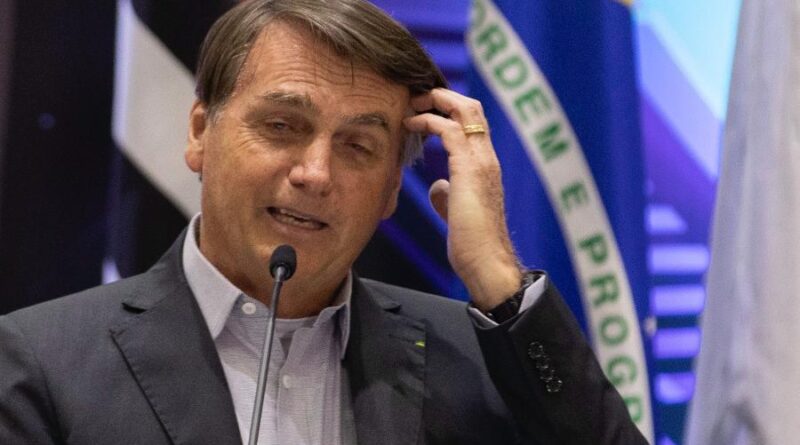 Bolsonaro has made his world debut without Trump. And in the worst possible way. If his absurd statements were camouflaged behind those of Trump, they are now evident.

In the first meeting, in the BRICS, Bolsonaro doesn’t fit into a group made up of emerging nations, which intent at the beginning was to build a project of a multipolar world alternative to the American hegemony, because he is subordinated to the United States. Bolsonaro’s presence was tolerated with the full consciousness that he is a government of passage, a feeling now strengthened by Trump’s defeat.

Without being aware of his situation, Bolsonaro gave a military speech, badly read, as if he were transmitting a message to a block of enemy leaders. He embarrassed Brazil by assuming that the other heads of state were unaware of the situation in the Amazon and of human rights in his country.

Not only did he disagree with the other heads of state, but he also appeared as someone outside the world, a folklorist, someone who does not know what the world is like today, let alone the role that Brazil should play. Bolsonaro had to accept the withdrawal of the claim for a place for Brazil in the UN Security Council, in order to sign the final document, totally in contradiction with his speech.

For decades Brazil had a prestigious role in the international scene, which is why even the right-wing O Globo editorialized against the dismantling of the Foreign Ministry and the policy of the current government, which marginalizes Brazil from the world.

At the G-20 meeting, the shame was even greater. Bolsonaro sent a message saying that time shows that he is right, but he did not stay to participate in the debate, where he could be questioned and could not respond. The same reason he never accepted to attend the press conferences.

The theme of the meeting was the pandemic and the conditions to fight it in a coordinated way. As a denier, Bolsonaro recalled that there is also concern in the economy – as if he were the only head of state who knew that, in addition to the coronavirus, there is an economic crisis – in order to point out his government’s concern with the 12 million unemployed who already existed before the pandemic. He underestimated the fight needed against the pandemic, as has always been done by his admired loser, who now refuses to accept defeat.

But, aware of the international scandal from large protests in Porto Allegre for the recent murder of a Black shopper by two Carrefour security guards, he went ahead and gave his version. It could not have been worse. He applied the scenario that the murder like all of  Brazil’s problems are imposed from the outside in, resulting in the worst of versions.

A country marked by racial discrimination, according to him, does not have problems of racism but rather of external enemies, envious of his spectacular one of a kind type of government, are the ones who export the conflicts to us.

It is a discourse similar to that of the military at the time of the military dictatorship when they pointed out that the country was being harassed by international communism, something that could be understood in the climate of the Cold War, however aberrant it was. That now seems even more grotesque, with regrettable apologies, which can only be understood if we remember that those who protest against the brutality of the security guards are considered trash.

Brazil went from being a country of great international prestige during governments of the PT, with Lula projected as a great statesman, to the shame that Bolsonaro’s interventions subject the country to. If there is still a minimally dignified diplomat in the Ministry of Foreign Relations, he can only hide under the table at this point.

The only advantage of having the worst government in our history is that it is easier to value governments that the country had before and to overcome this embarrassing moment in its history with few measures and little time.