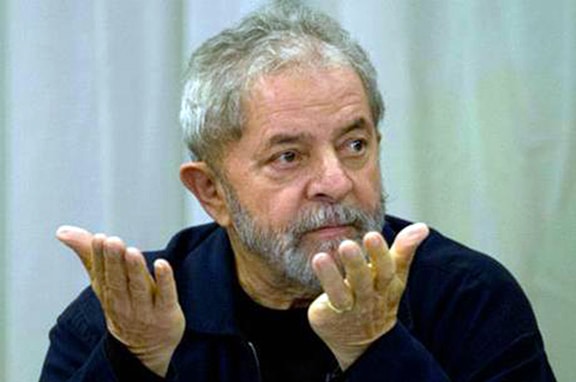 Lula De Silva is currently in a situation similar to what he lived through in 2018. Convicted, he awaits the untangling of his legal situation in order to arrive at a definitive decision. But the Brazilian context has been altered significantly, and this may influence changes in Lula’s reasoning and dilemmas. I recently had the opportunity to converse with him in order to better understand his position.

Lula is aware of that his past and present situations are similar, but with several significant differences. In 2018, in spite of the fact that he was arrested and convicted, he was the leading candidate to win in the first round of the presidential elections, as the polls showed. He extended the deadlines as far as possible, hoping that the situation would change and he could be the candidate. When he considered that the period for making the decision had expired, he launched Fernando Haddad as a candidate.

Now the outlook is formally the same, but in a very different political scenario. With the corruption of Lava Jato [Operation Car Wash] and the ex-Justice Minister Sergio Moro, and the erosion of the image of President Jair Bolsonaro, the political and legal climate is quite different. Even in sectors that would never be suspected of being Lula supporters, there is a general consensus recognizing not only his innocence, but also that this whole maneuver was carried out expressly to prevent him from being elected, which is a way of recognizing that there was a coup d’état against the Worker’s Party (PT) and that the election of Bolsonaro was the product of a gigantic manipulation.

As a consequence, Brazil is not functioning as a democracy, and it’s necessary to restore it—contrary to the statement of Supreme Federal Tribunal Judge Luis Roberto Barroso, who repeatedly broadcast through the communications media that “we are living in a well-established democracy.” Of course, people still have to tie down all the loose connections to complete the thread of reasoning, but the consensus is favorable to Lula, independent of the decisions of the legal system.

But Lula’s position is, in essence, the same one that he ended up adopting in 2018: he would prefer to be the candidate, and only in the case where the court system prevents him from doing so will he not run. He knows that the electoral contest will be difficult and decisive in 2022, and he’s ready to confront the situation if his political rights have been restored.

Lula has also come to his own conclusions from the experiences of 2018. He doesn’t believe that he has the right to keep the Worker’s Party waiting in a similar situation to that of 2018. Because of this, he informed Haddad that he should take his place in the contest and not wait to see the outcome of Lula’s situation, a result which could be prolonged.

He has been through this situation once before, and would prefer not to repeat it, but he’s ready to fight. When he was told that he could return to the streets as soon as possible, he reacted enthusiastically. But Lula also retains confidence in Haddad, and holds him in high esteem. He gives the impression that, if he is the candidate and again becomes president of Brazil, Haddad will play a crucial role in his government. And, of course, if he’s not able to run himself, he’ll support Haddad.

The difference is the enormous presence of the image of Lula, which led him to be a tremendous front-runner in 2018, and the difficulties of the Haddad candidacy. Clearly, Haddad was the victim of an enormous media smear campaign and of Bolsonaro’s refusal to debate with him, with the complicity of the legal system and of the communications media. Bolsonaro has already shown, in his confrontations with Parliament, that he will utilize all available resources to defeat his fellow right-wing opponents, Joao Doria and Rodrigo Maia, after being able to marginalize and exclude Moro, thus demonstrating that the battle of 2022 will be the “mother of all battles.”

The left should do everything possible to be able to rely on Lula as the best candidate to face Bolsonaro. If the left is conscious of the fact that their main goal is to defeat Bolsonaro, restore democracy, and resume a model of development with a broad distribution of wealth, they must fight for the candidacy of Lula as a central objective.

All those on the left should face the challenges that will define Brazil’s destiny for a long time into the future. It comes as no surprise that the Workers Party will be able to live up to their responsibilities and will have their own candidacy in the first round, which should go to a second round, and be able to count on all the votes of the other left-wing candidates in that second round. The Workers Party (PT) must be present in the balloting, with Lula or with Haddad. Victory depends on the ability to unite all the strengths, choose the best alternatives, and arrive at the second round united.