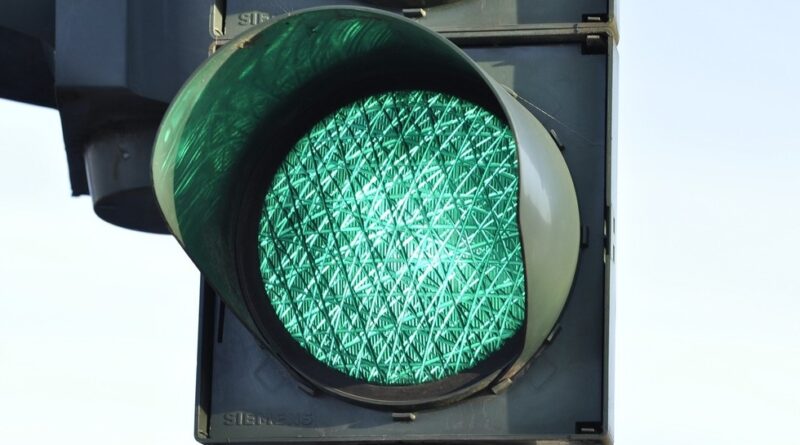 February 18, 2021.-  Online retail giant Amazon was so desperate to scuttle a unionization drive among warehouse workers in Alabama that it actually had traffic light times changed. A pro-union publication says it confirmed the rumors with the county.

Amazon actually reached out to Jefferson County to change the timing of the traffic lights near its Bessemer warehouse, the pro-worker publication More Perfect Union reported on Tuesday, citing a public official from the county who said the company had complained about “traffic delays during shift changes” in order to secure the light change.

Organizers had claimed for weeks that Amazon was deliberately messing with the timing of the lights in order to disrupt their efforts to unionize under the Retail, Wholesale and Department Store Union (RWDSU), but the rumor was only confirmed this week.

Disrupting the traffic lights was particularly deadly to the organizing effort because the drive to the factory was one reliable place where union organizers could speak to workers uninhibited by US labor law, which applies once on the tech giant’s property and gives Amazon the right to forbid non-work conversations during work hours.

However, instead of a reliable red-light pause in which to engage in conversation, Amazon workers exiting the highway have been getting a green light, which not only gets them to work earlier but prevents even the most convivial worker from talking with union reps.

Even some veteran Amazon workers in Bessemer were taken aback at Amazon’s resistance to the union drive, which they characterized as unusually ferocious even for the virulently anti-union tech behemoth. Workers who spoke to More Perfect Union said that they were being “forced” into “anti-union meetings,” lied to about what could happen to employees who joined the union, and bombarded by anti-union messaging with up to five company-sent text messages a day and even flyers in the bathroom stalls.

They say Amazon is forcing them into anti-union meetings, texting them up to 5x daily, putting messages in bathrooms, even changing traffic light patterns to harm union organizing. pic.twitter.com/ADnYYm08B4

The Bessemer employees began their seven-week voting period earlier this month on the decision of whether they will become the first American Amazon workers to join a union. Even at this early stage, their organizing efforts have come closer than any other group of Amazon workers to forming a viable union, and Amazon has appeared noticeably frazzled in its efforts to stamp them down, including questioning the integrity of the same kind of mail-in voting it had just months before championed in the US presidential election.

While the company’s endless advertising budget invariably paints it as a worker’s utopia in no need of unions, Amazon has come under fire in the public eye in recent months thanks to the record profits it has enjoyed due to the pandemic – and the reports of poor treatment of workers risking their lives to earn those profits for the company. Despite opening new warehouses and hiring hundreds of new workers on a daily basis, the profits have failed to visibly trickle down to the workers who actually pack and move the products filling the company’s ubiquitous brown boxes, and many have complained about punishing “productivity metrics” that are notoriously difficult for the company’s non-robotic employees to meet.

Other Amazon warehouses have won small victories, including very briefly forcing the megacorporation to add a $2 “hazard pay” increase to its warehouse workers’ meager pay for a few months, but should the Alabama workers win the fight to unionize, other warehouses are likely to follow in their path – an outcome Amazon clearly does not want.