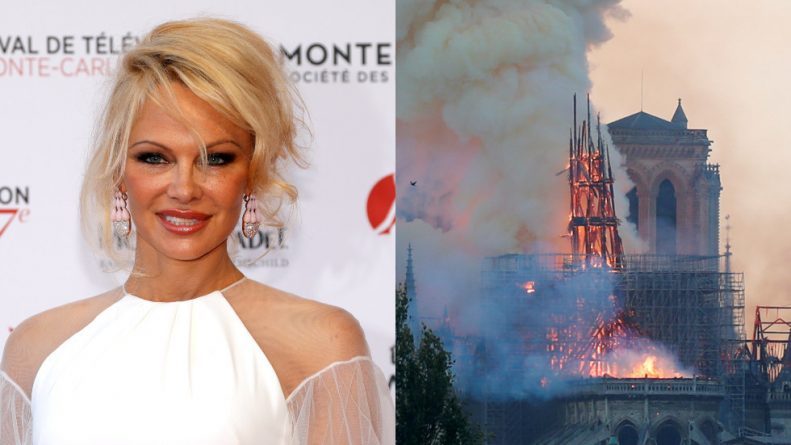 While most were happy that wealthy donors gave $1 billion to rebuild Notre Dame, actress Pamela Anderson had a different take, claiming the “one percent” had their own interests at heart and that the Church is rich enough already.

The model and former Baywatch actress made her latest hard-hitting political contribution in a tweet. This time, Anderson decided to take on the Catholic Church and its wealthy patrons for allegedly over-prioritizing the reconstruction of the world-famous Notre Dame Cathedral, which partially burned down earlier in the week.

I billion €
to rebuild the Notre Dame already raised.
?That was easy.
Merci billionaires-
I thought the Catholic Church had enough money.
Thriving by the wishful tidings of the poor, pic.twitter.com/YMfIEsfR41

She criticized those donating to the cause, saying that their (presumably) untaxed donations are motivated more by a desire for public praise than a love of architecture. She also critically highlighted the fact that such a large sum had been quickly drummed up to rebuild the famous cathedral, but similar amounts were hard to find when it comes to helping the less fortunate.

This is proof the 1% is out of touch
And couldn’t care less for others-
Just their name in the papers – I’m sure they’ll be celebrated.
And
their donations won’t be taxed
and will again
benefit them –
while they look like heroes???

Life is not fair.
It has to change

Her controversial comments incited a variety of reactions, some praising her for calling out the public’s reliance on the whims of the wealthy. Others agreed that the Catholic Church is not exactly hurting for cash to do the repair work.

“Buying a stairway to heaven”
As the song goes.

Let the Catholic Church pay for it and give that billion to an actual good cause.

Billionaires are funding the church so that the poor stay poor and have a symbol to pray at thinking that there is hope för them.

At the same time, Anderson got her fair share of criticism. Some accused her of not understand French history, culture and law, with many hitting on the fact that the French state, and not the Church, is the cathedral’s proprietor.

Yes but : Notre dame is property of the French state (1905 split between church and state). French state is responsible for maintenance and renovation of around 80 cathedrals in France.

What about the billions paid to football players when people are poor dear Pamela…. ?

Leave people rebuild their monuments. Seems that you need to learn more about history and french culture.

Others considered her comments to hypocritical, given what they see as her own less than socially conscious financial decisions.

Anderson has been quite active in commenting on a variety of hot-button political issues. Last week, she attacked the UK, calling it “America’s bitch” over the arrest of WikiLeaks co-founder Julian Assange.