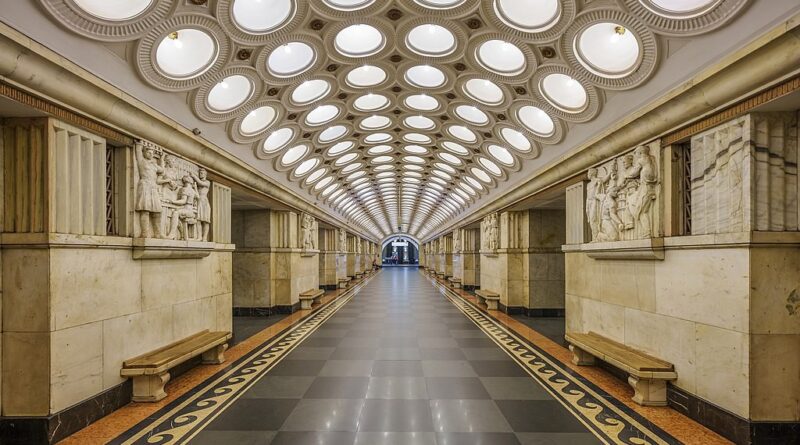 “The word ‘socialism’ sounds very scary to many people,” said Canadian political economist Radhika Desai in a recent interview. “Because of the propaganda against the idea of socialism, we’ve been made to fear socialism,” she added.

Desai is a professor with the Department of Political Studies at University of Manitoba, and director of the Geopolitical Economy Research Group. She has written or edited numerous books including, most recently, Karl Polanyi and Twenty-First-Century Capitalism, published in 2020 by Manchester University Press.

In the interview, broadcast on Jacob Pollack’s PropaGanada Show, Desai scrutinized four familiar criticisms of socialism: that it leads to mass murder, hinders innovation, doesn’t work for large groups, and is characterized by ugly and poorly maintained public spaces.

Socialism leads to mass murder and authoritarianism
While Desai acknowledged that there were problems that led to famines in Russia and China, she added that the severity and mismanagement of the crises were perhaps exaggerated. Nor were famines in the 20th century unique to communist countries. Two to three million perished in the Bengal famine of 1943–44, for example, when the region was a colonial possession of the United Kingdom.

“To say that socialism leads to these sorts of atrocities is to completely forget about one little but absolutely critical word: imperialism,” said Desai. “Prosperity relies on a fairly significant degree of industrialization. Take any society at point zero, before the change begin. It’s an agricultural society, so the only conceivable way that it will industrialize is by transferring resources — capital, labor, raw materials, food, etc. — from the agricultural sector to feed the needs of the growing industrial sector… The ordinary person on the street thinks that the West industrialized on its own steam and it did so without any atrocities, and that’s simply not true. It did so on the back of imperialism. The people who paid the price of that industrialization lived in squalor.”

RELATED CONTENT: Marx Didn’t Invent Socialism, Nor did he Discover it

“One of the things that sticks in my mind,” Desai elaborated, “is how our political leaders, when they are trying to finger this or that dictator they say ‘oh, he’s killing his own people.’ So, it looks as though it’s not good to kill your own people, but it’s perfectly okay to kill other people’s people… which Western countries have done for centuries.”

Socialism hinders innovation and creativity
Desai pointed out that, despite our preconceptions, most scientific advancements or inventions were not produced by monetary incentives.

“Historically, some of the biggest advancements in science and technology which have made our lives better, whether it’s radio waves or penicillin… have actually come from people who were not trying to make money of them,” she said. “That’s a very key point.”

Many advancements occurred at institutions that were publicly funded, including academic institutions or organizations such as the National Research Council of Canada, or the Canadian Institute of Health Research.

“If you think the internet is the bee’s knees, well where did it come from? It came from DARPA and ARPA,” commented Desai. The US Advanced Research Projects Agency (ARPA, later DARPA) was created in 1958 as the research and development entity of the US government’s Department of Defense, as a direct response to the USSR’s launching of Sputnik.

Socialism may work in small groups, but it can’t be scaled up to larger societies
“We already live in a society that is organized in these big chunks of production,” commented Desai. “The issue is to take them into democratic ownership.”

Desai pointed out that we don’t live in a pure capitalist economy, that we actually live in a world “dominated by giant monopoly corporations who are making rentier incomes… Banks are given licenses by capitalist states to make money for free. That’s the long and short of it, and that’s why all of us are indebted and the banks are making money out of it.” She argued that Canada’s economy already possesses many elements that aren’t strictly capitalist. “The issue is, is it going to be working in the interests of a small number of private interests — an increasingly small number — or should it be working in the interests of the vast majority?”

Desai used the example of the COVID-19 pandemic to illustrate her point. “Countries like China, Vietnam, Cuba, even Venezuela — poor little Venezuela, under sanctions — they have done way better than we have… We have a form of capitalism, which we call neoliberalism, where for the past 40 years we have been eroding our social capacities, our government capacities… Broadly speaking, I would say countries that retain some sense of themselves and who they are beyond capitalism, above and beyond the market, have done better. Those that have more completely surrendered to markets, have done less well.”

Socialist societies have decrepit public amenities and services
Desai accepted that Canada and the United States, for example, have pleasant public spaces but that many of these, such as airports or shopping malls, are partially privatized and geared towards consumption.

“Even to this day you will find in many of the old socialist countries, like the Soviet Union or East Germany, reminders of those public amenities,” said Desai. “Every neighbourhood had a decent swimming pool, a gym complex, and parks, and places where people could simply be themselves without being assailed by commercial messages. What so vitiates our public spaces is that billboards and advertising is everywhere — you can’t even go to the bathroom without looking at an advertisement these days.”

“If you’ve ever been in the New York subway system, it’s Orwellian. It’s this underground world where the proles live, and they’re transported from one place to another. It’s horrible, it’s dirty, it’s ugly, etc. The Soviet Union built its subway systems as palaces for the people. Each subway station has something unique and beautiful in it… Just google ‘Moscow subway station’ and go to images… This shows how socialism invests in public spaces and public amenities whereas capitalism simply does not. John Kenneth Galbraith had a wonderful phrase: ‘private affluence, public squalor,’ and this is the kind of state we live in.”

Excerpts of this interview with Desai were aired on the PropaGanada Show, hosted by Jacob Pollack, on March 9, 2021.