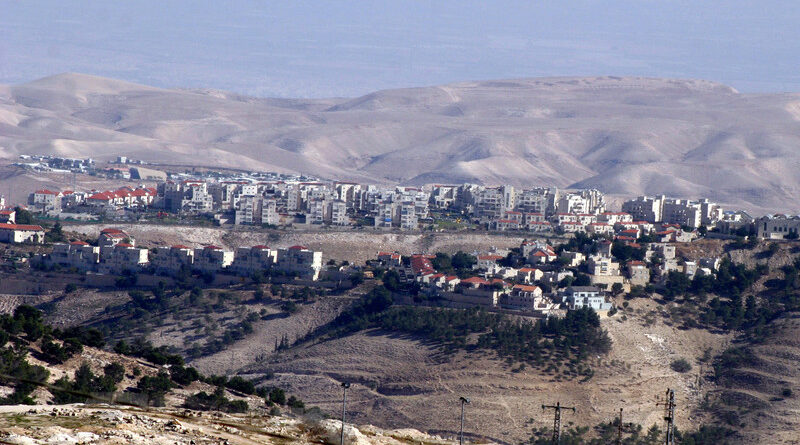 December 10, 2020.-  Three European firms are bidding for a role in a new more environmentally friendly waste-to-energy plant in the Israeli settlement of Maaleh Adumim.

The location of the plant – in occupied territory, and therefore illegal under international law – has also not deterred the European Union, which supports the implementation of a 2030 Israeli strategic waste management plan that includes the Maaleh Adumim plant with $1.8 million.

The plant is slated to be built at the “Good Samaritan” recycling park east (and deep into occupied territory) of Maaleh Adumim and only a few hundred meters away from small Palestinian shepherd communities.

Neither the EU, nor European companies, can claim ignorance about this. The tender for the project was issued in October last year, leaving plenty of time for due diligence.

Nevertheless, in November this year, the Israeli newspaper Calaclist revealed that three European companies are willing to assist Israel – the tender stipulates that foreign companies must have a local partner – in building the illegal waste plant.

They are German firm Standardkessel Baumgarte, which is based in Duisburg and which will partner with the Israeli Generation Capital Fund.

Swiss-based Hitachi Zosen Inova is proposing a partnership with Israeli TMM Integrated Recycling Industries which was previously owned by Veolia.

Italian company TM.E. S.P.A. Termomeccanica Ecologia in Milan teams up with Israeli firm Shikun & Binui which has built projects in the settlements of Maaleh Adumim and Har Homa.

In all, eight groups are competing for the tender, with other Israeli companies working in partnership with Chinese and Japanese firms.

All companies who plan to participate in the realization of this illegal Maaleh Adumim waste-to-energy site violate international law and should be held accountable.

The European Union supports the Israeli Ministry of Environmental Protection in the implementation of its 2030 strategic plan to improve Israel’s waste management under its $1.8 million Twinning Project.

The twinning agreement specifies that “all actions financed by the EU is subject to the EU’s policy with defined borders of Israel in line with international law.”

But the ministry’s 2030 strategic plan includes the establishment of the Maaleh Adumim waste-to-energy plant.

The plant will cost up to half a billion dollars and will treat about 1,500 tons of waste per day from the Jerusalem metropolitan area including Maaleh Adumim.

An incinerator is to be built to utilize waste to generate electricity.

Transferring the treatment of Israeli waste to the occupied West Bank is illegal under international law. It does not in any way benefit the indigenous Palestinian population. The EU should immediately revoke its support for the project.

The twinning project claims it wants “to contribute to the protection of human health and environment in Israel.”

Apparently, human health, according to the EU, does not extend to Palestinians.