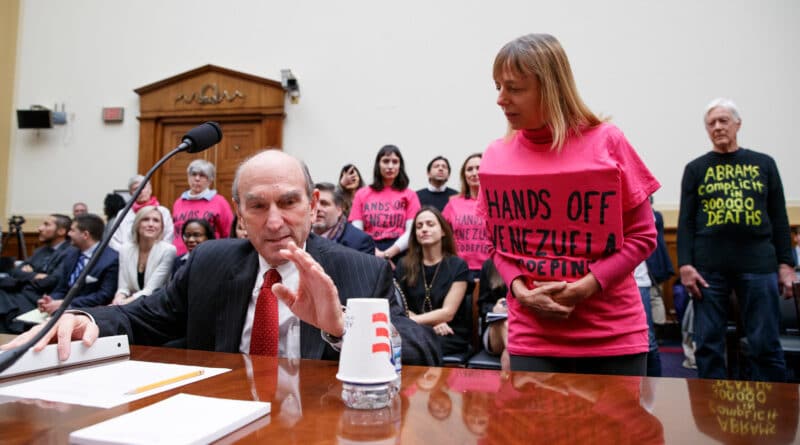 The appointment of Elliott Abrams to Iran’s affairs is cynical and immoral, said the Foreign Minister of Venezuela, Jorge Arreaza through a message posted on the social network Twitter.

He indicated that it is an abject decision that can only be approved by the President of the United States, Donald Trump, while recalling; “that man was tried and detained for the shameful and criminal scandal Iran – Contra in the 80’s.”

“I agree! Appointing Elliott Abrams for Iranian affairs, when that man was tried and arrested for the shameful and criminal Iran – Contra scandal in the 1980s, can only be an abject, cynical and immoral decision. Only someone like Trump can think of it,” Arreaza tweeted.

The United States government appointed Elliott Abrams for Iranian affairs, upon the resignation of Brian Hook from the post as envoy of President Donald Trump to Iran, who had been entrusted with the task of executing the policy of “maximum pressure” towards Iran, in close collaboration with Secretary of State Mike Pompeo.

“Both Venezuela and Iran continue to be the first priorities” of the United States, said the deputy spokesman for the State Department, Cale Brown, on Friday after learning that the replacement of the special envoy of the US State Department for Iran, Brian Hook, will be the Washington representative for Venezuela affairs, Elliott Abrams.

According to Brown, Abrams’ handling of anti-Venezuelan and anti-Iranian policies is an acknowledgment of the growing confluence of threats from international actors against the United States.

Iran’s Foreign Ministry spokesman, Seyed Abás Mousavi, has said to Washington that its policy against the Persian country “is bankrupt” and proof of this is the wake of resignations of Donald Trump administration officials.

“There is no difference between (former US national security adviser) John Bolton, Brian Hook or Elliott Abrams. When it comes to US policy toward Iran, US officials bite off more than they can chew. The same applies to (Secretary of State) Mike Pompeo, (President) Donald Trump and his successors,” Mousavi stressed.