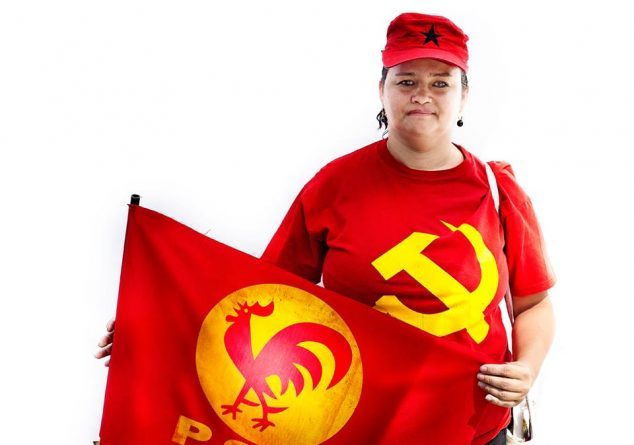 “It is beyond the left where the solution lies, where the mobilizable forces are, to break with the terrifying future of a country that has five decades marked with a name and surname” (1). That was what Alfredo Maneiro said in 1980, a very important historical referent of the Venezuelan left, and with whom Chávez had the opportunity to dialogue several times towards the end of the 70s, when he was just beginning his military career.

The solution would begin to be forged in the following decade, with the historical irruption of Chavismo, a political subject that, with Chávez at the head, managed to become a powerful national and popular collective will, transcending, by far, the space of political leftist militancy, although this one had from the beginning a remarkable protagonism, taking the lead on different levels of the movement.

It would be absolute nonsense to deny the decisive influence of the militant left on Chavismo. But we should also recognize that much of the audacity of the latter is directly related to the very particular process of politicization that it experienced, and that allowed it to join the political struggle without bearing the hindrances of the old left political culture, with its traces of authoritarianism, dogmatism, sectarianism and short-sightedness, becoming an arsenal of ideas – a force that had little or nothing to do with the limitations of reading the manuals, and much with the problems of the real country, and with historical figures that, revisited by Chavismo, acquired a topicality and almost unprecedented centrality.

With the help of Bolívar, Rodríguez and Zamora, without denying other historical, political and theoretical references, and drawing as a horizon participatory and protagonist democracy, Chavismo set out to conquer political power, but not before conquering the soul of the majorities, now mobilized to defeat those they identified as responsible for the national tragedy, and to definitively dispell the terrifying future of which Maneiro spoke.

Chavismo always located itself beyond the left, and if at any time the construction of something called 21st century socialism was proposed, it was not because it decided to retreat, but because it considered that the historical conditions were had to propose a reinvention of the revolutionary left, balancing accounts with the experiences of what Daniel Bensaïd called the really nonexistent socialisms.

If today it is necessary to take stock of that commitment to reinvention, the starting point would have to be to account for that singular relationship between the left and Chavismo. Chosen, for whatever reason, a different starting point, any account would necessarily have to pass through there.

Marking the distance of chavismo from left positions is a shortcut that leads nowhere, although it can also lead us to a situation very similar to Maneiro’s saying: “proud of our left political affiliation, but far, far from the solution to our problems”.

Chavez referred on several occasions to a phrase he heard some old militants of the left say: “Few, but irreducible”. The circumstances are more or less as follows: the old militants had the mission to do mass work to expand the social base of the movement. After a while they had to give an account: they related the numerous obstacles that were in their way, perhaps the distrust of the people, their identification with the old status quo parties, their vices, their limitations. Not so much with resignation, but rather as consolation and with a pride impossible to disguise, they concluded their report with that sentence: “We are few, but irreducible”.

The problem, of course, is that revolutions are not made with a handful of irreducibles. “No, we can not be few, we have to be many” (2), said Chavez on another occasion. And to achieve this, it is necessary to assimilate that the militant is not the beginning and end of revolutionary politics: “That is to say, are you and I and five enlightened ones of the new morality going to prefigure that morality and to have it clear before going to a process of organizing the people, or are we going to get that new morality down there in the people? […] Is it not rather that your revolution will depend on the revolution of the collective? Is it not rather a consequence and not a cause? […] I believe rather, and when I got out of prison I said: I’m going to the catacombs of the people. Because it is not a matter of the morality of Hugo Chávez […] I go down there, excrement will be drop on me, flies will fly around me, the snake is going to bite me, yes, but I prefer that than having my morality untouched up on the mountain, talking to the sun and the rock […] Even the definition of that morality depends on the league of excrement with blood, the purities and impurities of a collective that is down there”. (3)

Now that the Bolivarian revolution is going through a difficult historical trance, and the identification of the popular classes with Chavismo begins to weaken, many of us choose to react like those old and respectable comrades, about whom no one can ever say that they gave up, and we consider that the most worthy option is to reaffirm ourselves in our irreducibility.

No problem, we will remain few, but irreducible; how many are you, when you are ready we will be ready.

Including that, from our irreducibility, we point out those who want to question the Bolivarian revolution from left positions, and we accuse them of not understanding the people’s soul, which, by the way, is often very true. But it is very hard for us to recognize in our irreducibility one of the main characteristics of the old left political culture: sectarianism.

Perhaps I am wrong, but I dare to suggest that there is a Chavista irreducibility that can be distinguished from the typical irreducibility of a leftist militant. In my particular case, I am not always clear when I assume one or another attitude. A thin line separates them.

From the first many examples occur to me: stories that border on the incredible of what many people did to be able to vote on July 30, 2017, when we elected the National Constituent Assembly. The lady who, on February 23, 2019, in San Antonio del Táchira, with tears in her eyes, explained the reasons why she had gone to the Simón Bolívar bridge, to prevent a foreign force, encouraged and accompanied by the cipayaje (servility), to violate our national sovereignty, introducing by force the so-called “humanitarian aid”.

There are in those episodes, as in many others, an unbreakable will to remain free, to resolve our issues among ourselves, democratically, risking one’s own life, a will expressed in the street, joining with others, regardless of the risk, or avoiding innumerable dangers to make possible, precisely, the act of coming together, to meet, to meet with the millions who share that same will.

On the other hand, the irreducibility of the left is a matter of niches, self-referential, of small groups, a bit paranoid, closer to conspiratorial politics than to street work. Boisterous, it finds it hard to put itself at the feet of the other, because of course, it is only standing where it belongs, it says everything that can be said and it silences everything that should be silent. The spirit of the sect corrodes it. It is difficult for it to empathize with the one who feels, thinks and acts differently, and much more with the one who exhibits his weaknesses, his fears, his weaknesses.

The issue is that with such an attitude it is impossible to be a majority. With all the reason in the world, and as painful as it may be, the popular majorities do not find their political and ethical referents among us, the irreducibles of the left. On the contrary, it is we who are faced with an often unrepeatable opportunity when a revolutionary leadership is able to empathize with popular miseries and grandeurs, and from that interlocution an extraordinary political force results. Then, the irreducibles of the left join, joyfully, the task of making a revolution that we could not lead even in dreams.

We lack much of the militant humility with which the people became Chavista. We lack a willingness to learn everything that the irreducibly Chavista people can still teach us.

(1) Alfredo Maneiro. “Beyond the left is where the solution lies”, in: Writings of philosophy and politics. Editorial Fund ALEM. Los Teques, Venezuela 1997. Pág. 306.