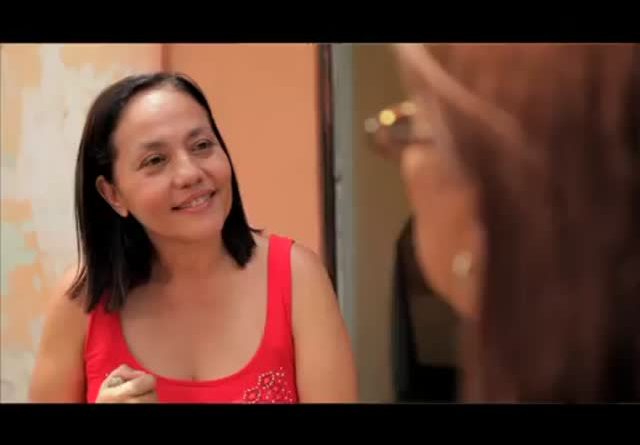 Take the case of a young man who is about 20 and is starting university studies. He is intelligent, sensitive. Not only does he believe in his country: it hurts in his soul what is happening and, instead of leaving, he wants to do something about it. He is studying to solve the material, of course he is, he wants to have a good job, support his parents, fall in love, party, travel, make a home, but that is not enough. His blood boils every time an injustice is committed. He wants to make a difference, join some collective effort.

Then, the young man in question identifies the closest political references, most likely among his classmates. He finds it impossible to recognize himself in anti-Chavismo, in its methods, in its prejudices of class and race, in its contempt for the popular. It may come from the neighborhood as it may not; Maybe his family belongs to the popular middle class. He attended primary and high school in public institutions. Many of his friends, including those he considers his best friends, are of humble origin, they studied with great effort, some of them even had to work to pay for their studies, to help at home. The reality of the popular world is not alien to him, he knows about its dreams and frustrations, about its triumphs and failures. If you are going to do something, you will preferably do it with people who belong to your world.

Then he turns to see his fellow Chavistas. Generally mediocre, undisciplined, arrogant, their interventions in class seem a pamphlet badly prepared: they do not provide one new idea, their speech is trite, repetitive, hollow. The clothes they wear, the phones they use, do not correspond to their class origin. It seems that they have a determined life. Between the preaching and the daily practice, an insurmountable abyss mediates. Impossible, therefore, to recognize himself in what he has as immediate referents of Chavismo.

Where will the young man in question go to politics? Surrounded by the intolerant and elitist, the discurseros and the accommodated, he seems doomed to occupy a non-place of politics, without it being possible to establish a relationship of dialogue with the two poles of boba [dummy] politics, except to express his most outright rejection.

It is not pure exercise of imagination: such a picture is the result of an exchange of stories and impressions with professors and university students. Chavistas all, or at least not identified with anti-Chavismo.

Similar situations are repeated in Venezuela: in workplaces, in many communities, from the closest to the most remote. Human groups or entire populations at the mercy of indolent, faint-hearted officials or politicians, who pretend to fight for a better destiny for the country, while they fight over each other’s spaces of power and business opportunities.

For some time now, the real policy, the most genuine, does not go through the spaces controlled by boba politics. The problem is that the latter aims to monopolize politics, to the detriment of the immense majority of the country, including, of course, the bulk of the social base of both Chavismo and, I intuit, anti-Chavismo.

The politics of the future, the one that will emerge after the final defeat of boba politics, will be nourished, at least in part, by what those who today occupy that non-place in politics are capable of doing. Such is the historical mission that fate has reserved for them, no matter how grandiloquent the sentence may seem to them. They have to assume an urgent task of reinvention, reformulating political discourse and practice, creating the new.

For a long time now, the worst of anti-Chavismo has tried to strike forward, connecting with popular unrest, not for the purpose of reinventing anything, but to prevail. It is one of the dangers that must be identified: those who have no other way of doing politics but reproducing the logic of boba politics, will try to present themselves as a novel, digestible, and drinkable alternative.

The worst of anti-Chavismo tried to take advantage when it invented the term “plugged-in”. The word was introduced by Capriles Radonski’s team during the 2013 presidential campaign.

Supposedly directed against the “officials”, the word put spotlight on both the Missions and the popular organization in the communities, pillars of the Bolivarian revolution. A sadly famous television piece broadcast during the aforementioned campaign directed its attacks, specifically, against the educational Missions and the Venezuela Great Housing Mission. The ones who spoke were two neighborhood women. Very conveniently, the one who used the word was the woman in red flannel. Those who know something about Venezuelan politics know that Missions would be inconceivable without popular organization.

The metamessage of Capriles Radonski’s campaign team was as follows: the Missions are only occasions for a trap, for the use of the most “sharp”, of those who have “compadres” who are “plugged in”, of the “same little friends”. Therefore, it is not worth organizing. It was not, I insist, a message against the “officials”. It was a message of discouragement, which sought to arouse political impotence, cynicism, so that we would stop believing in the power of popular organization.

A campaign has political efficacy when it succeeds, even partially, in colonizing thought, which is translated into the language we use to name the world. And that campaign was effective: today the word is frequently used by many Chavistas and, not coincidentally, by many of those who no longer identify with Chavismo. What to call those student Chavista who are “discurseros” and accommodated? Well as “plugged-in”. It seems even obvious.

The problem with the language we use is that it not only allows us to name the world, but to interpret it. Our thinking colonized by the language used by the most unpresentable of antichavismo, we can only interpret the world in a cynical way, from discouragement, from the deep distrust in our own strength to transform it.

By definition, Chavismo is better prepared to lead the necessary exercise of political reinvention. It has its historical origin in a gigantic transforming will, also motorized fundamentally by the popular classes, to which it must remain faithful. But for that it must be willing to engage in a fluid dialogue with those who today occupy that non-place in politics. Without ignoring its roots, and everything it has of great trajectory, it must find there some of the clues that allow it to solve the mystery of its miseries, paying off its accounts with boba politics. A few years ago I called this same, “repolarizing”.

It may be that it, the boba politics, is one of those tracks. That is why the effort to call it accordingly. For it to stop simulating what it’s not, and for politics to be what the popular majorities think, feel and want.