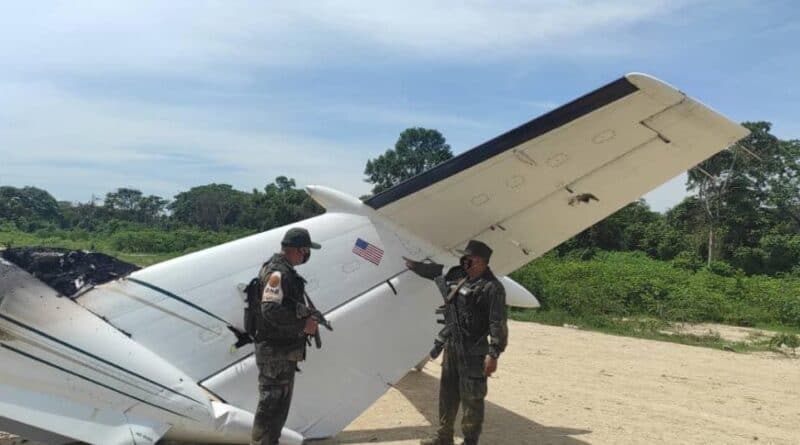 This Friday, November 27, the Commander General of Bolivarian Military Aviation, Major General José Silva Aponte, reported that said institution, in conjunction with the Comprehensive Aerospace Defense Command (CODAI), has managed to disable 218 aircraft used for drug trafficking by mafias from Colombia, the United States and other parts of the world.

“Today we see how our Military Aviation, in a joint effort with other military institutions of the State, have neutralized 218 aircraft that intended to use Venezuelan airspace to transport drugs to destinations such as Colombia, the United States, the Caribbean, and Europe,” said the commander.

RELATED CONTENT: How a US Narco-Jet Trying to Violate Venezuelan Air Space Ended Up

During the celebration of the centenary of Aviation, Silva Aponte asserted that the Bolivarian National Armed Forces (FANB) remain deployed throughout the national territory in order to stop drug trafficking across Venezuela.

Likewise, he pointed out that Aviation makes great efforts to keep their different weapons systems operational, despite illegal sanctions imposed by the United States and its allies.

“One of the first things the blockade tried to do was to affect us in a way that our aircraft would not be able to fly. But thanks to our inventiveness we have managed to keep them operational,” stressed the Major General.

“In the midst of this unconventional hybrid war of unilateral coercive measures imposed against Venezuela by the empire, the revolutionary government continues to make great efforts to guarantee the sovereignty of the people,” he said.