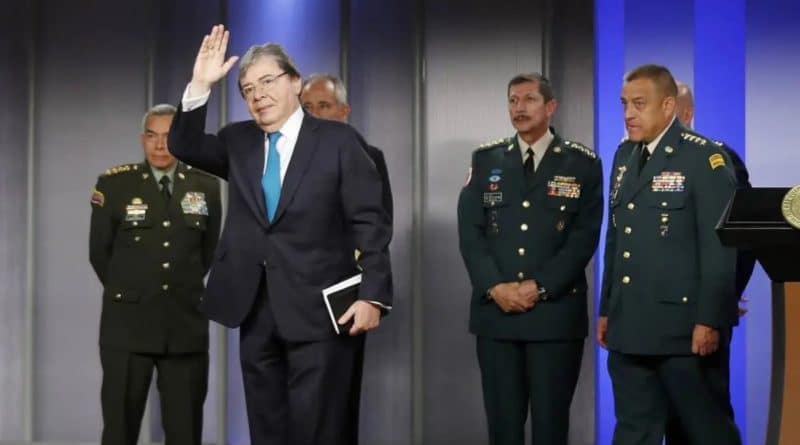 The government of Colombian President Iván Duque, after denying his involvement in the unsuccessful maritime incursion on May 3 in Venezuelan territory, now announces that it is investigating internal security agencies that could have collaborated leaking intelligence to Venezuela on this act against Venezuela.

“Mechanisms within the security forces will be intensified to identify any possible action by public or uniformed servants that may be related … that put national sovereignty or the Colombian constitutional and democratic order at risk (…) and will take disciplinary measures,” said the Colombian Defense Minister Carlos Holmes Trujillo, in a dialogue held Tuesday with local radio station Caracol Radio.

Caracas has denounced the attempted mercenary attack, dismantled by the Bolivarian National Armed Force (FANB) of Venezuela, by sea originating from Colombia and with mercenaries trained in Colombia and planned by the US President, Donald Trump, with the complicity of Duque, to assassinate the Venezuelan President, Nicolás Maduro.

After the statements of the Colombian Defense Minister, the Venezuelan Foreign Minister, Jorge Arreaza, through a statement published on Wednesday in his twitter account, emphasized that “this is how Colombia confesses that its Security Forces did participate in the operation mercenary against Venezuela, financed by drug trafficking. As the operation was unveiled, they then decide to pursue those who gave the information to prevent a bloodbath.”

So in Colombia they are not launching an investigation on the training of mercenaries to attack Venezuela but on those leaking information to Venezuelan intelligence…they do not understand that Colombia is full of Chavistas…Colombia's elite is at war against Venezuela… https://t.co/m59DQPdwHx

On May 13, Venezuela signed a missive to the United Nations Security Council (UNSC) with evidence of the involvement of the Duque Government in the recent attack organized and financed by Washington. The United States has long sought to overthrow the Maduro government and, to achieve this end, uses various methods, such as draconian sanctions, attempted coup d’état and the threat of military intervention.