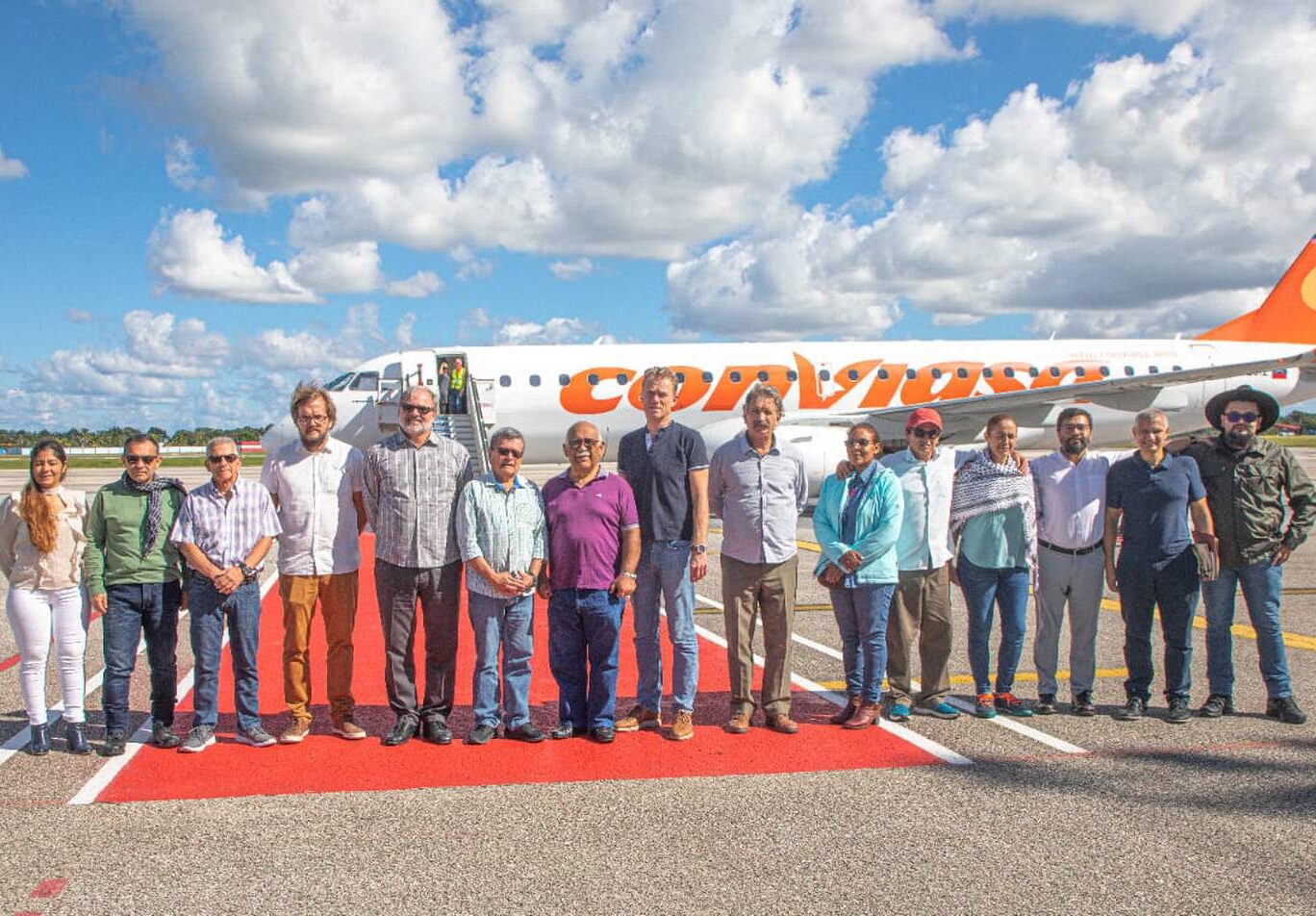 Fifteen members of the ELN delegation during their arrival at the Simón Bolívar International Airport with a Conviasa jet in the background. Photo: Caracol.

Venezuelan Vice President Delcy Rodríguez celebrated the compliance with the protocols agreed upon by the Colombian government and the National Liberation Army (ELN) after a delegation from the armed group arrived in Venezuela this Sunday, October 2.

Through her Twitter account, Rodríguez highlighted, on behalf of the Government of Venezuela, compliance with the protocols for the safe return of the ELN delegation in order to resume Colombia’s peace negotiations.

Additionally, she said that Venezuela, as a guarantor country of the negotiations, ratifies its invariable commitment to Peace in Colombia and all of our America.

The arrival of the delegation in Venezuelan territory had been previously agreed upon by the Colombian government and the ELN.

Prior to Rodríguez’s comments, the ELN published a statement in which it announced that, with the support of the guarantor countries: the Republic of Cuba, the Kingdom of Norway and the Bolivarian Republic of Venezuela, the Dialogue Delegation returned safely and with guarantees.

They pointed out that the return of the ELN delegation occurs four years after the peace negotiations were suspended in 2019 due to non-compliance by the government of Iván Duque with the Protocol signed in April 2016.

“This is a victory for reason and International Law against the intention of perfidy in Duque’s government. He sought not only to circumvent the obligations contracted with the ELN and the international community but to cause serious damage to the people and to the Republic of Cuba for being the host country of the talks in its commitment to the Peace of Colombia,” added the ELN document.

In turn, they thanked the guarantor countries for their support and for their defense of international legal principles, as well as Cuba for its hospitality.

Journalist Camila Escalante: Brazilians Will Vote for Lula Because They Want to Survive (Chavista Chronicles from Caracas Interview)

After Gustavo Petro’s arrival to the Presidency of Colombia, he showed his will to carry out the policy of “total peace” with both the ELN and the dissidents of the extinct Revolutionary Armed Forces of Colombia (FARC), along with other illegal groups.