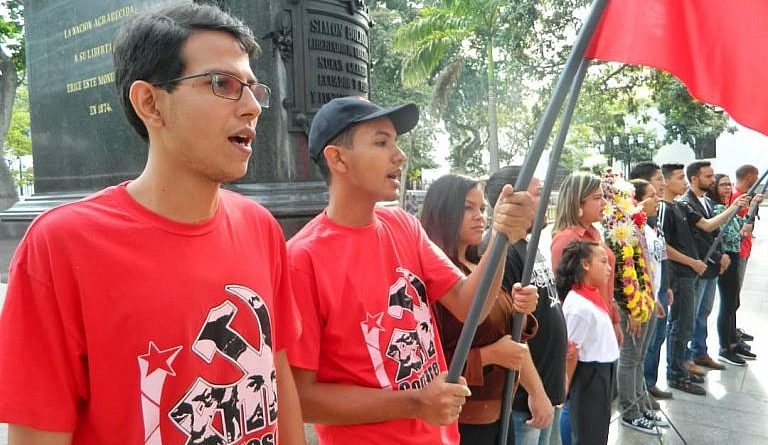 Today, September 16, 2019, the Communist Youth of Venezuela (JCV) arrives at its 72 years of historic struggle for the most elementary rights of Venezuelan youth, always at the forefront of the youth masses and next to the gallant working people of the city and the field.

For more than seven decades the JCV has been a leading player in popular resistance and the fight against injustices, opprobrium, and tyranny suffered by the people; and today it continues to fulfill that role, in times of sharpening the class struggle and the exhaustion of the dependent, rentier and parasitic model of Venezuelan capitalism.

The JCV is the main instrument of young Venezuelans, consistent with international solidarity, proletarian internationalism and the frontal and unyielding struggle against imperialism, monopolies and governments at their service.

Today, when interimperialist and intercapitalist contradictions are worsening, and youth and other sectors violated by the system see their conditions of life increasingly diminished and precarious, the JCV has ratified that only in the struggle to overcome the current mode of production for a superior one, is there hope and dignity for the people and youth of Venezuela and the world.

This organizational and political guideline was emphasized in the recent 13th Congress of the JCV (November 2018), on the programmatic basis of addressing the current capitalist crisis, fighting for a socialist future.