Drawing depicting the sufferings of the people of Congo during the Belgian colonization of the 19th and 20th centuries, when several million Africans were killed. File photo.

On Thursday, September 29, the Venezuelan minister of Culture, Ernesto Villegas, reported the discovery of Congolese artworks in the vaults of Venezuelan museums. Those artworks were given to Venezuela by King Leopold III, who ruled Belgium between 1934 and 1951, when what is now the Democratic Republic of the Congo was a colony of that European empire. Villegas made the announcement at the MondiaCult 2022 World Conference on Cultural Policies and Sustainable Development, organized by UNESCO in Mexico City.

He noted that the pieces will be removed from the vaults and will be exhibited “with all the glory and respect they deserve in the Museum of Fine Arts. And we offer the Democratic Republic of Congo the possibility that they be repatriated. If Congo wants them, the artworks are theirs. What King Leopold and colonialism stole from them, Venezuela will return with great pleasure, knowing that they are part of Congo’s cultural heritage and that it is not a problem of Congo, but of humanity.”

In his speech, Villegas explained that Venezuela respects and complies with the Convention against the Illicit Trafficking of Cultural Assets of 1970. “We have moral authority in the matter,” said the minister. “In 2018 we returned to Costa Rica 197 pieces of its archaeological heritage that had entered Venezuela illegally; they had been reduced to the status of merchandise and were to be exported for sale.”

The Crimes of Monarchy

The government of Venezuela was also able to repatriate Grandmother Kueka, the sacred stone of the Pemón people of the Venezuela, which was stolen and kept for 20 years in Berlin, Germany. Similarly, Venezuela has also just received from Italy an archaeological piece that was seized by the police of that country. That piece of art, which was going to be sold as merchandise, is considered to be “a fundamental part of our cultural heritage,” added Minister Villegas.

He further added that the continent of Africa will be the guest of honor at the International Book Fair of Venezuela, FILVEN 2022, which will be held in the historic center of Caracas during November 10–20.

Congo, former colony of Belgium
The current Democratic Republic of the Congo was colonized by Belgium, under the reign of King Leopold II, who ruled the Congo from 1885 as if it were a personal possession. The territory was the object of systematic and indiscriminate exploitation of its natural resources, using exclusively African labor in conditions of slavery. The Belgian colonial administration established a regime of terror, in which mass murders and mutilations were frequent. According to historians, between 5 and 10 million people perished during the colonial regime, an act of genocide.

In 2020, during the anti-racism protests fueled by the Black Lives Matter movement following the murder of George Floyd in the US, numerous statues of King Leopold II were attacked in Belgium and some were removed. 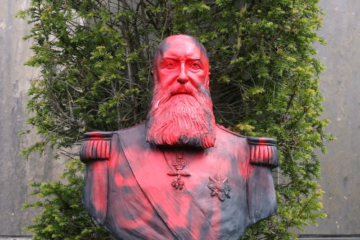 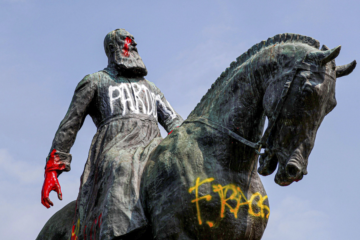 King Leopold III, who ruled Belgium from 1934 to 1951, was Leopold II’s great-nephew. Ignacio Barreto, deputy minister of culture of Venezuela, specified that it was King Leopold III who “gifted” the pieces of art to Venezuela.

Congo achieved its independence from Belgium in 1960, due to the efforts of freedom fighters like Patrice Lumumba, who was also the first elected prime minister of independent Democratic Republic of the Congo. He, however, was assassinated by Belgium and the US. It was only this year that Belgium returned his remains to his country.

The neighboring country of DR Congo, the Republic of the Congo, was a French colony that also achieved its independence in 1960.

In 2021, Belgium announced that it will return to Congo several of the cultural objects that the colonizers brought to their country and that are currently exhibited in the Africa Museum, formerly called the Royal Museum of Central Africa, located in Tervueren, Belgium.