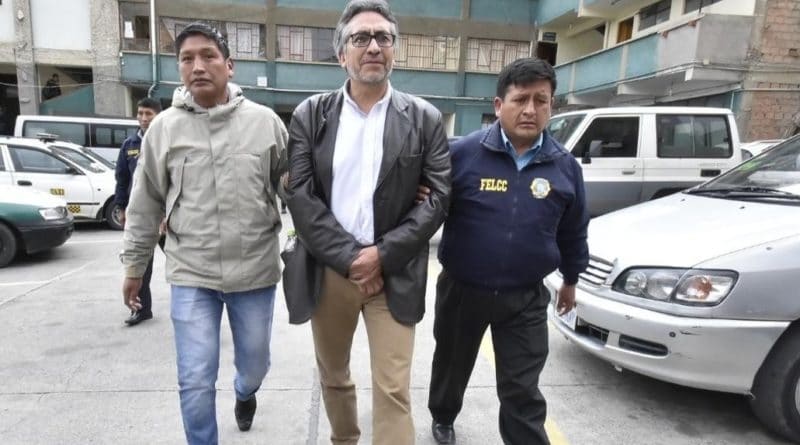 Members of Evo Morales’ party the Movement Towards Socialism have faced constant and brutal persecution by the de-facto government since Morales was overthrown in a civic military coup last November.

Gustavo Torrico, assembly member from the La Paz Department and a member of the Bolivian left-wing political party, the Movement Towards Socialism (MAS), Gustavo Torrico, was arrested by the Bolivian police on February 6 for the alleged crimes of “sedition and terrorism”. The officials of the Special Force for the Fight Against Crime (FELCC) arrested the MAS leader when he was leaving his home for work.

“This is completely illegal, I have appeared before the Attorney General. The officials came to my home and I agreed to leave, I don’t understand why they handcuffed me. There is no sedition here, what is here is that I’m a Masista (a member of the MAS) and they have apprehended a Masista,” Torrico denounced.

RELATED CONTENT: How Do Two Months in Bolivia Without Cuban Doctors Translate?

The MAS party and its leaders labeled the incident as an act of political persecution, which has become a normal practice on part of the de-facto government, led by far-right Jeanine Áñez, since the civic-military coup against the democratically elected former President Evo Morales on November 10.

President Morales also condemned Torrico’s arrest on twitter. “Further proof of the absence of Rule of Law in Bolivia is the illegal detention of Gustavo Torrico, assembly member for La Paz department. My solidarity with Gustavo and his family, victims of the de-facto government,” wrote Morales.

The selective persecution of the MAS functionaries has fiercely intensified by the coup regime since the candidacy for president of the MAS leader Luis Arce was announced on January 19. Preliminary polls on voter intention have shown a strong tendency that favors him and his running mate David Choquehuanca in the general elections set to be held on May 3.

On January 21, the de-facto government tried to impede Arce’s participation in the upcoming elections by filing a false corruption case against him. On February 3, the Bolivian police arrested Morales’ legal representative Patricia Hermosa and harassed his legal adviser Wilfredo Chávez. Hermosa and Chávez came to the office of the Supreme Electoral Court (TSE) with all the necessary documents to register Morales as a candidate for the Plurinational Legislative Assembly.

Despite the constant political persecution and desperate attempts to obstruct their participation, the MAS presented the list of its candidates for president, vice-president, senators and deputies and successfully filed their nomination at the office of the TSE on February 3.

Featured image: MAS assembly member, Gustavo Torrico, was arrested by the Bolivian police on February 6 when he was leaving his home for work.
Source URL: Peoples Dispatch