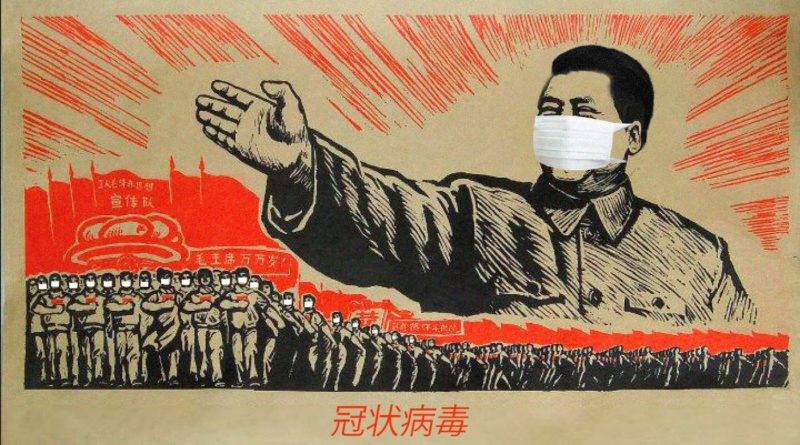 The global commotion generated by Covid-19 is a sudden element that has accelerated a complete remodeling of the planetary order.

This statement is not disproven, understanding that the economic system and the intrinsic relations of world politics have the systemic crisis factor as a dormant one that has always caused turbulence and rearrangements. This time it will not be the exception.

Perhaps, as rarely, an old Chinese adage is very valid today: “The fluttering of a butterfly could shake the other side of the world.” A fundamental statement of the so-called Chaos Theory. Until now, at least, Covid-19 is known to have passed from bats to humans when the wrong bat was incorporated into the food chain, and from that tiny event, the virus breaks out in late 2019, and by the third week of March 2020, world markets fell to a level of collapse only comparable to that of the crisis of 2008 and the “Great Depression” of 1929, auguring the rise of the virus’s “day after economy”.

A viral outbreak in China alone does not explain the decline of the world economy. As Chaos Theory itself says, between the fluttering of the butterfly and the trembling on the other side of the world there are “circumstances of amplification”. For the world economy and politics, these factors lie in the scaffolding created in globalization, in global institutions and in the set of relationships that have led the current health crisis to be projected as a new great economic and governance crisis.

The first symptoms of a remodel

At this point some spasms, some symptoms of the systemic crisis accentuated by the virus are clearly foreseeable. The great economic and political crisis that could come had an episode in 2008, and apparently the virus has come to accelerate a gravitation, an inertia that was already inexorable.

“The panic reaction of the financial markets to the epidemic is also the expression of that panic that is already inherent in them. The extreme upheavals in the world economy make it very vulnerable. Despite the constantly increasing curve of the stock index, the risky monetary policy of the issuing banks has generated in recent years a suppressed panic that was waiting for the outbreak. The virus is probably nothing more than the small drop that has filled the glass. What is reflected in the panic of the financial market is not so much fear of the virus as fear of itself. The crash could also have occurred without the virus. Maybe the virus is just the prelude to a much bigger crash.”

Meanwhile, some analysts such as Robin Niblett, director of Chatham House, also known as the Royal Institute for International Affairs in the United Kingdom, think that the pandemic could reshape economic globalization as we know it today: “The Covid-19 is forcing governments, companies and corporations to reinforce their capacity to face long periods of economic self-isolation”.

On the other hand, the epicenter of the virus in China and the decision of the government of the People’s Republic to apply total quarantine came with the factory stoppage, breaking an essential link in the production of goods with an impact from the Asia-Pacific region to the West. This factor accelerated the “panic” in the markets, showing the fragility of economic globalization.

The main researcher of studies on Latin America at the United States Council on Foreign Relations, Shannon K. O’Neil, believes that from this point on, companies will rethink and reduce the multinational supply chains that dominate production today.

“More companies will want to know more about where their supplies come from and will change efficiency for redundancy. Governments will also intervene, forcing strategic industries to have backup plans and national reserves. Profitability will fall, but the stability of supply should increase,” predicts the analyst, in a speech clearly consistent with the economic ideology of the Trump era that involves terminating the model that placed China as the planet’s industrial locomotive.

For Pulitzer winner Laurie Garret, “The fundamental shock to the world’s financial and economic system is the recognition that global supply chains and distribution networks are deeply vulnerable to disruption. Therefore, the coronavirus pandemic will not only have lasting economic effects, but will lead to a more fundamental change.”

In a clear reference to a change in the model of outsourcing of value chains to China and Asia, Garret indicates that “the result could be a dramatic new stage in global capitalism, in which supply chains are getting closer to home and they are filled with redundancies to protect against future interruptions. That may reduce companies’ short-term profits, but it makes the whole system more resilient.”

It seems that Western analysts are rewriting and predicting the future in the same coherence launched by Donald Trump, as a factor of national industrialism, in the American presidency. That is, from a point of bifurcation and rupture with neoliberals affected by globalization as we know it.

The scaffolding of the West, which had proclaimed globalization as the civilizing order of the unipolar world, is losing its own game to emerging actors, especially China, the initial focus of the pandemic but at the same time the object of the policies of the Trump Administration of “trade war”, as an indisputable response to the unstoppable influence of the Asian giant.

The trend of “rearrangement” is also outlined in the same way in politics. With the rise of the coronavirus and the political vulnerability that hangs over governments, the strengthening of nation-states could be the most reliable alternative for governance, facing a world in which global institutions are diluted.

An unmistakable sign of this rearrangement lies in the loss of American leadership, which is confirmed in this health crisis. In fact, the American leadership is clearly being questioned even within its own borders. “The United States will no longer perceive itself as an international leader because of the narrow self-interest of its government and its incompetence,” says Kori Schake, deputy director-general of the British International Institute for Strategic Studies.

According to Schake, the global effects of this pandemic could have been greatly mitigated if international organizations had provided more information and earlier, which would have given governments time to prepare and direct resources to where they are most needed.

“This is something the United States could have organized, showing that while it has a self-interest, it is not the only thing it has. Washington failed the leadership test, and the world is worse because of it,” the analyst underscores.

Covid-19 is in effect shaping the profile of intra-country governance. In a recent analysis presented by Foreing Policy magazine , Stephen M. Walt, professor of International Relations at Harvard University, indicated that “the pandemic will strengthen the State and reinforce nationalism. Governments of all kinds will take emergency measures to manage the crisis, and many will be reluctant to give up these new powers when the crisis is over,” he says.

John Ikenberry, professor of politics and international affairs at Princeton University, also endorsed the thesis of the reinforcement of nationalisms, “given the economic damage and the social collapse that is unfolding, hardly anything else will happen that is not a reinforcement of the movement towards nationalism, the rivalry of the great powers and the strategic decoupling”.

This trend implies the strengthening of States, the development of more severe forms of government, the sense of “emergency” and discretion in government measures, and the consolidation of a “global state of exception” as the core form of governance. A twist without a doubt.

These forms of exercising power would imply the acceleration and degradation of the exhausted scheme of multilateral management of politics. In other words, the European Union could evolve in the coming decades to its dissolution, first de facto and then formally.

Also, the United Nations system, marked by its inability to respond to the great crises of the present, could also be overwhelmed in the face of the next great crises that are in the offing, namely, the economic crisis that will explode right now as a result of the pandemic, and more in the long term the great crisis in socio-environmental matters.

Resource wars, migration for socio-environmental reasons, hunger and now the potential of viruses as a permanent threat factor, could disable multilateral entities, placing governments in a pronounced and sustained framework of exceptionality.

The tectonic plates of politics appeal to a trend in which international relations will also be marked by the “retreat” of governance from the countries “inward”, in a way accompanied by the dismemberment of globalization as we know it today.

Paradoxically, this implies, so far, a shift of the gravitation of power from the West to the East. “The coronavirus only accelerates a change that had already begun: from a globalization focused on the United States to a globalization more focused on China,” says Kishore Mahbubani, a member of the Asian Research Institute of the National University of Singapore.

The first signs of these events lie in that this is the moment of greatest difficulty for Europe since the Second World War, and it is precisely China that has led a solidarity effort through direct support for Spain and Italy, the latter country that like Serbia, has denounced the European Union for “abandoning” them in the midst of a health crisis.

The signs of China’s international leadership in dealing with the crisis are not spasmodic. This cycle is preceded by the enormous presence of China in the trade, financing, co-optation of raw materials and infrastructure development throughout the world, a trend that has accelerated in the last two decades and that outlined the New Silk Routes, the most ambitious large-scale economic integration and investment project that humanity has known since the Marshall Plan in the 20th century. A great act of geopolitical engineering.

The current pandemic is shaping up to be a stampede reaction of the capitalist system itself towards a new direction. It is subverting political liberalism and targeting globalization as economic scaffolding. But this does not mean a decline of capitalism as a construct. On the contrary, crises are a concomitant factor that have served for the rearrangement of power structures.

However, the point of the current crisis is a space of opportunity for all multidirectional pressures to converge. At this crossroads, neoconservatives and nationalists have succeeded in deciphering and promoting the substitution of liberal globalization in the same way that the world’s left and social democracy have not, that is why they are winning and the Covid-19 will give them a new impetus.

But at the same time, the shuddering point is reflex action to try to undermine the planetary leadership shift that is looming towards China and emerging countries inevitably.

Hence, the most foreseeable result from today is that of a world where the United States accelerates its loss of leadership, international multilateralism as we know it is degrading and, at the same time, multipolarity bursts into a more troubled world.