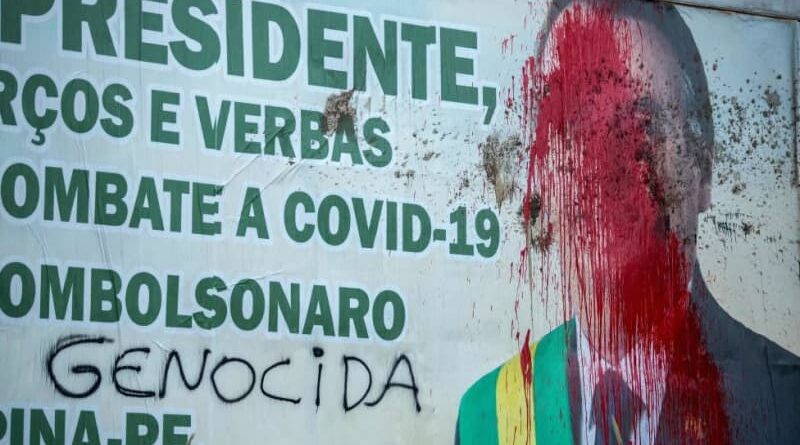 Brazil is immersed in a humanitarian catastrophe. The country—which a little more than five years ago was an example in the fight against poverty, the fight against inequality and income distribution—has become, in just a few years, a hell, both for Brazilians and for the rest of the world.

Everyone wonders how it was possible to reach this situation. Many apologize for having made this catastrophe possible, either by action or inaction. The judicial system now recognizes that Lula had always been right in rejecting the accusations and being unjustly charged and imprisoned. Lula’s dignity in facing all this is recognized by more and more people, who feel represented in his drama, his resistance and his victory. Many people apologize to Lula for having been an executioner against him, for having been an agent of anti-petismo [those against the PT, the Workers’ Party], of the hatred that did so much damage to Brazil.

But, in addition to all this, there is a country, a people, who were thrown into misery and abandonment. To whom bread and vaccines are denied. There is a Brazil that has been mistreated, that has become the shame of the world, that is seen as the worst of all worlds.

Who was responsible for all this?

Who allowed, by action or inaction, democracy to be shattered by the coup against Dilma? Anyone who recognizes that they were wrong must begin by recognizing that they were wrong. And, above all, admit that they didn’t know how to defend democracy, the mandate of a president re-elected by popular vote.

Who made a mistake or was led by bad faith to believe that a government with which they did not agree should be deposed by an impeachment without constitutional basis?

Who accepted that Lula was arrested, prosecuted without evidence and prevented from winning the 2018 elections, only because of the convictions of a judge who today, after being unmasked, is mostly rejected in Brazil?

Brazil deserves apologies from all those who contributed to making this humanitarian catastrophe it’s living through into a reality. First of all, through the media, which was the public agent of anti-petismo and accusations against Dilma and Lula without any proof. The media promoted the image of Lava Jato as a process that would redeem Brazilian politics and the corruption of the PT (Worker’s Party) as an argument that would lead to the death of the left. An anti-petismo that promoted the image of the PT as a symbol of evil, hiding the fact that the PT administrations were the best governments Brazil ever had. The media owe apologies to Brazil for the harmful role they have played, because they were the agents of the monstrous operation that led Brazil to be in the hands of a genocidal president.

The judiciary owes apologies to Brazil for having promoted the biggest judicial farce in history. Through the Lava Jato process, the judiciary violated all the principles of the rule of law and did not fulfill its role of preventing the impeachment of Dilma, carried out without any legal basis. The so-called ‘facts’ that allowed the arrest of Lula and his conviction, making it impossible for him to run in the 2018 elections; which allowed the victory of the genocidal president through a farce that violated all rules of the electoral process.

The big businessmen, who only think of making a profit through financial speculation, without economic growth. Making a profit without income distribution or job creation. Those who prefer anyone, even the genocidaire, as long as the PT does not return to govern for all Brazilians, especially for the most needy. Those who finance the worst campaigns and the worst candidates as long as they privatize companies, do not limit the economic power of private banking and continue to increase inequalities in Brazil.

Finally, it would be a list too long to mention all those who, by action or inaction, allowed Brazil to reach the humanitarian catastrophe it is now living. Brazil was never a paradise, but it had become the best of all possible purgatories. And now it has been transformed into a hell.

Are they going to apologize to Brazil and, to show that they are truly sorry for having brought the country to this humanitarian disaster, are they going to work with all their might so that, all united, we can get Brazil out of the quagmire in which it finds itself?

Or will they continue to regret that the country is being handed over to a genocidal man and his militias, as if they were not responsible for that?

Who will apologize to Brazil?