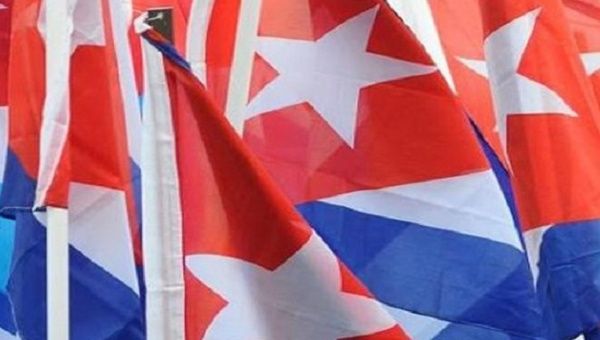 The event seeks to strengthen international solidarity with Cuba in the face of the U.S. blockade.

Over a thousand delegates from 80 countries began on Friday the “Anti-Imperialist Solidarity Meeting for Democracy and Against Neoliberalism” at the Convention Center in Havana.

During this three-day event, social activists, workers, peasants, women, indigenous peoples leaders, intellectuals and politicians will analyze the current offensive of the U.S. imperialism against the Latin American peoples.

Among the objectives of the event is the construction of proposals to strengthen international solidarity with the Cuban government and people in the face of the intensification of the U.S. economic, financial and commercial blockade.

Discussions will also cover the analysis of siege, destabilization and interference policies which the Donald Trump administration is carrying out against countries such as Venezuela and Nicaragua.

“19th Anniversary of the Cuba-Venezuela Integral Cooperation Agreement. Thanks Fidel and Chavez. Thanks Revolution. Long live solidarity among brother peoples! We are continuity, we are Cuba.”

RELATED CONTENT: US Intensifies Sanctions on Cuba for Supporting Venezuela

In order to respond timely to the imperialist regional offensive, participants will discuss the features of the authoritarian neoliberalism which some Latin American governments are fostering.

The meeting was organized by the Cuban Institute of Friendship with the Peoples (ICAP), Cuba’s Workers Central, the Cuban Chapter of Social Movements and the Continental Journey for Democracy and Against Neoliberalism.

The participants and their Cuban hosts will also take a cultural tour through one of the Havana’s neighborhoods where they will attend a closing concert.