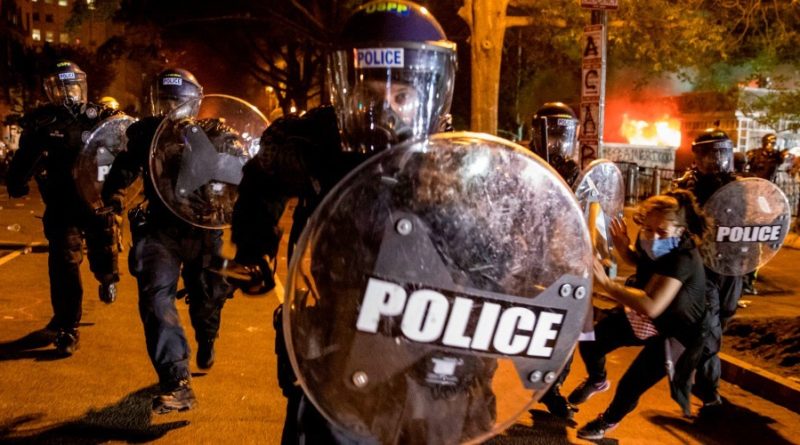 “Recent events demonstrate the urgent need for Congress to stand up for the rule of law and abolish qualified immunity.”

The U.S. Supreme Court on Monday declined to hear several cases involving a longstanding legal doctrine giving police officers and other government officials sweeping immunity from civil lawsuits, a decision that comes in the midst of a nationwide uprising against police brutality and racial injustice.

The doctrine of “qualified immunity” has come under growing criticism from lawmakers and rights groups since the May 25 killing of George Floyd at the hands of Minneapolis police officers. As CNBC explained, “the burden imposed by qualified immunity on victims of police violence is exacerbated by the fact that prosecutors rarely charge officers for excessive force violations, often leaving civil lawsuits as the only remaining avenue.”

“Qualified immunity shields police from accountability, impedes true justice, and undermines the constitutional rights of every person in this country.”
—Rep. Ayanna Pressley

The ACLU petitioned (pdf) the Supreme Court in April of 2019 to examine a 2018 lower court ruling that granted two officers qualified immunity after they unleashed a police dog on a homeless burglary suspect who says he had already surrendered. The man accused the officers of violating his constitutional rights by using excessive force.

In a statement on Monday, ACLU national legal director David Cole called the high court’s decision to deny the group’s petition “deeply disappointing.” Justice Clarence Thomas dissented (pdf) from the decision, arguing the Supreme Court should consider the issue of qualified immunity, which dates back to the high court’s 1967 ruling in Pierson v. Ray.

Cole said the court’s decision to “punt on the critical issue of official immunity, in this time of national reckoning over police violence, places the ball squarely in Congress’ court.”

“We have seen the deadly consequences play out on the streets, and black Americans have largely paid the price,” said Cole. “Recent events demonstrate the urgent need for Congress to stand up for the rule of law and abolish qualified immunity.”

As Amir Ali and Emily Clark wrote in The Appeal last year, qualified immunity “has become one of the chief ways in which law enforcement avoids accountability for misconduct.”

“Under the doctrine of qualified immunity, public officials… can be held accountable only insofar as they violate rights that are ‘clearly established’ in light of existing case law,” Ali and Clark wrote. “This standard shields law enforcement, in particular, from innumerable constitutional violations each year.”

Featured image: A police officer charges forward as people protest the killing of George Floyd in front of the White House in Washington, D.C. on May 31, 2020. (Photo: Samuel Corum/AFP via Getty Images)