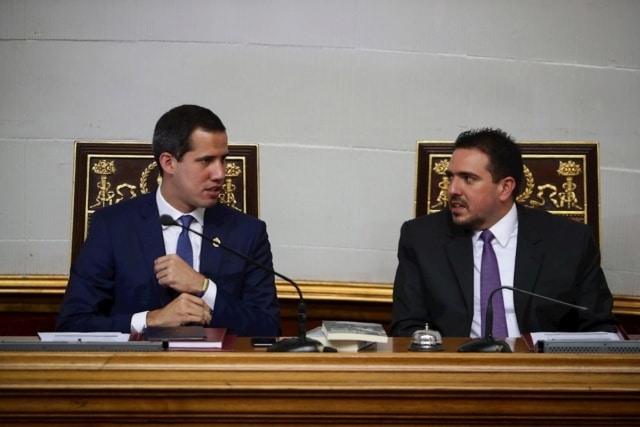 The deputy of the National Assembly (AN) in contempt, Stalin Gonzalez, and firm ally of the self-proclaimed “president in charge”, Juan Guaidó, said that an “interim government in exile” would be a very serious mistake. He supports the idea that the “fight must take place in Venezuela.”

This is in response to Guaido’s proposal called “administrative continuity” according to which the fraction of the AN that he leads, and of which Gonzalez is vice president, would remain in office once the constitutional period ends on January 5, 2021 and a new parliament is installed, after the next parliamentary elections scheduled for December.

According to analysts, this desperate proposal from Guaidó, which has no a single basis under Venezuelan law or under international law, is the only option the US is instructing the extreme Venezuelan opposition to pursue after almost 20 months of failed regime change attempts.

“There is a warning, and it is clear, whoever does not want to listen to it and wants to continue living locked up is not seeing what is happening. The country is changing. Here a route was proposed and the objective was not achieved and I do not believe that it will be achieved from exile, we must continue fighting and struggling locally,” González said in an interview.

RELATED CONTENT: Leopoldo Lopez Charges at the WSJ for Unveiling his Terrorist Plot

Likewise, he urged anti-Chavismo to listen to their followers and that it is time to change the initial tantrum that included “cessation of usurpation, transitional government and free election.”

In this regard, he called for dialogue in order to achieve a political agreement before the parliamentary elections. “There is a criticism and a displacement of the harshest towards the ‘ni-ni’ (Venezuelans not sympathizing with Chavismo or anti-Chavismo), that is a warning that not everyone shares the extreme anti-Chavismo path. Sectors that a year ago were staunch allies of the tantrum today say that there is a need for debate (with Maduro’s government).”