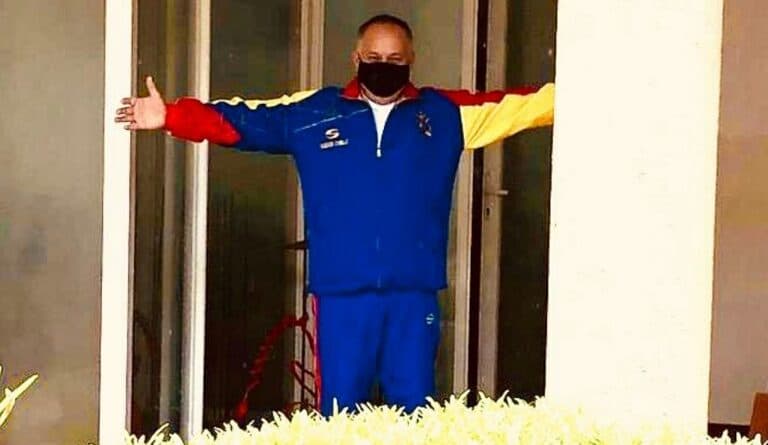 This Thursday, the president of the National Constituent Assembly, Diosdado Cabello, reported that the PCR test came back negative, confirming that he was definitively free of Covid-19. “I am going to be discharged from this tough but necessary first stage,” he said.

Through an audio, which went viral on social networks, Cabello explained that although he has already overcome the first phase of the disease, his recovery will continue exhaustively. “I must remain in quarantine for another period to avoid any risk, because the battle has been tough,” says the audio.

RELATED CONTENT: Rafael Simon Jimenez Resigns From the CNE Board

Finally, he thanked those who have always been concerned for his state of health and his recovery, “long live Bolivar, long live the redeeming Christ who cares for us all, a big hug.”

“I thank God, José Gregorio Hernández, the Virgin, the prayers of this beautiful people, for accompanying me in this first month of battle, the medical and nursing staff, my family, thank you for so much love. Getting a medical discharge today. We will win!” reads the post.

RELATED CONTENT: President Maduro Orders a Report on the Case of 370 Murdered Peasants

It should be noted that on July 9, the vice president of the United Socialist Party of Venezuela, announced that he was infected with Covid-19. However, throughout these weeks he always kept in touch with his followers through optimistic messages that he shared on his official twitter account.

The vice president of the National Constituent Assembly, as well as José David Cabello, superintendent of Senate and brother of Diosdado Cabello, published the video on their social networks where the PSUV leader can be seen standing, now coming out of his convalescence.

Featured image: Diosdado Cabello announcing he has recovered from Covid-19.