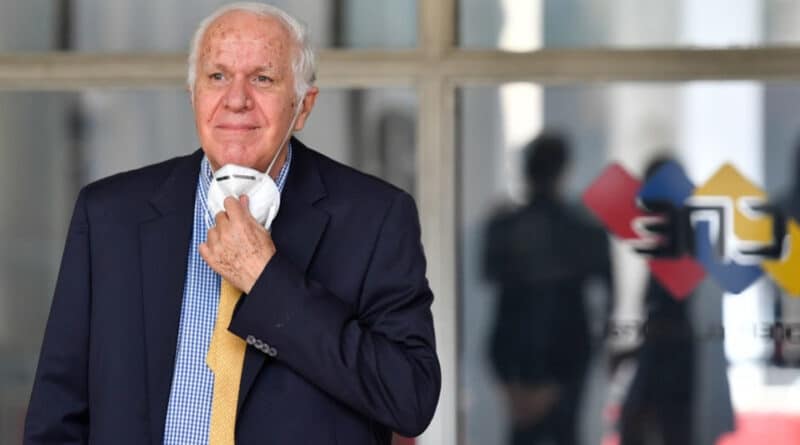 This Thursday Rafael Simón Jiménez, the board of the National Electoral Council (CNE), resigned, according to statements offered to the media. “Today I have submitted my resignation before the TSJ (Supreme Court of Justice) from my position as principal rector, as vice president of the National Electoral Council and as president of the Commission for Political Participation and Financing, and I have done so with the conviction that I can be more useful to the Venezuelan democratic struggle from the space of politics, from the space of social struggle,” he emphasized.

Jiménez indicated that the same time he was appointed by the TSJ as vice president of the CNE, it was impossible for him to fulfill a discreet role considering his political vision in favor of a change in Venezuela. “My conscience has forced me to resign and assume from the street the convictions that I have of how to promote a political change in Venezuela that has to be through the only instrument that the Venezuelan people have, which is the vote,” he said.

RELATED CONTENT: Elliott Abrams Confirms to Senate Hearing That US is Still “Working Hard” to Overthrow Maduro in Venezuela

“I have established a very clear position on the issues in the political debate and in a country as polarized and as challenged as Venezuela, that has consequences. So I have considered that my best field is the field of political struggle, which is where I have always been, ” he stressed.

He rejected the calls for abstention (from voting) made by some political sectors, whom he invited to say why they are promoting that option. “It is not possible that you call abstention simply as a way to create despair and grief in the Venezuelan people,” he said.

On July 24, he had declared in an interview with the newspaper Panorama that “the great challenge facing the new Electoral Power is to rescue the confidence of Venezuelans in the vote as an instrument of change in democracy.”

With this decision he opens the door to run for a seat in the parliamentary elections to be held on December 6th.