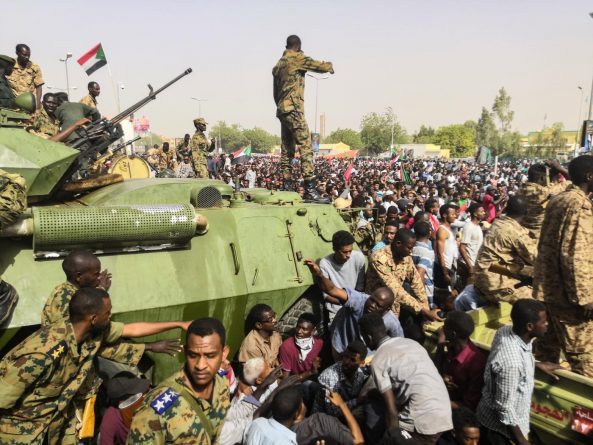 Security source tells MEE that reports that the men had been detained for attempting to carry out a coup are untrue.

Dozens of Sudanese officers from the police and military have been arrested according to Arabic media reports and a security source, who told Middle East Eye they had refused orders to use violence against protesters.

The source disputed a report on Wednesday by al-Arabiya, the state broadcaster of Saudi Arabia, a close supporter of the ruling military council, that the officers were supporters of ousted president Omar al-Bashir and had been detained for attempting to carry out a coup.

“Most of these officers refused to participate in the massacre and dispersal of the sit-in,” they said, referring to the killing of more than 100 protesters when Sudanese security forces cracked down on a two-month protest for civilian rule outside the country’s military headquarters on 3 June. “They were not from the old regime.”

US-based Arabic channel al-Hurra also quoted unspecified sources denying the officers had attempted carrying out a coup but were detained by military intelligence for having opposing views to the military council.

The military council has not made any statement itself but al-Arabiya initially cited sources within the council saying 68 officers had been detained for a coup attempt.

RELATED CONTENT: Interview with the Sudanese Communist Party: “Wrench the Power From the Hands of the Military”

The outlet later reported a military source denying that a coup attempt was the reason for the arrests.

The military council has been ruling Sudan since 11 April when it ousted Bashir after three decades following months of protests and after the sit-in began outside the military headquarters.

Protesters demanded the council hand power over to civilians but negotiations had stalled by mid-May and were ended by protest leaders after Sudanese forces dispersed the sit-in earlier this month.

Several opposition leaders were arrested shortly afterwards, including rebel leader Yassir Arman, who had returned to Sudan in May despite facing a death sentence.

Arman was detained after the sit-in was dispersed and on Monday revealed that he had been deported to South Sudan.

“I have been deported against my will by a military helicopter from Khartoum to Juba. I was not aware of where they were taking me. I asked them many times. They tied me up in the helicopter together with Comrade Ismail Khamis Jalab and Mubarak Ardol,” he tweeted.

Amsterdam-based Radio Dabanga, which broadcasts inside Sudan, reported that 98 officers from Sudan’s notorious National Intelligence and Security Service (NISS),  accused of cracking down on protesters while Bashir was in power, have been retired by the military council.