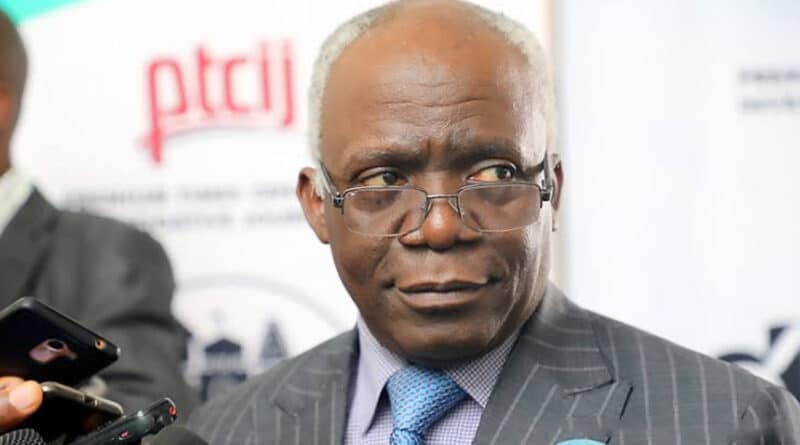 Mr Falana tells President Fonseca of Cape Verde to show that his words are not just platitudes on the occasion of ECOWAS Day.

Mr Falana raised this charge against the background of perceived duplicity in Mr Fonseca’s call for West African integration compared with his government’s refusal to respect the ECOWAS Court’s judgment ordering the release of the arbitrarily detained Venezuelan diplomat, Alex Saab.

The human rights advocate, who leads Mr Saab’s legal defense team at the ECOWAS Court, spoke barely 24 hours after the Cape Verde’s president reaffirmed what he called the “firm will” of his country to intensify regional integration.

Mr Fonseca sought increase in “virtuous forms of movement of persons and goods” in his message to Nana Akufo-Ado, chairman of ECOWAS heads of states, in celebration of the 46th anniversary of the creation of the regional community.

Aside from garnering prominence in Nigerian media space over the controversial detention of Mr Saab, the West African archipelago country recently also made headlines for ”unjustly” barring three Nigerians from entry into the country while allowing white foreign travelers in.

RELATED CONTENT: ‘We are Confident Cape Verde Constitutional Court will Finally Provide Alex Saab the Justice he has been Denied’: Jose-Manuel Pinto Monteiro

Reacting to this, Mr Falana, in a statement to Premium Times, expressed skepticism over Mr Fonseca’s comment, which he described as a possible platitude on the occasion of ECOWAS Day.

“I can only hope that Cape Verde will practice what it preaches. President Fonseca can show that his words are not just platitudes on the occasion of ECOWAS Day by ensuring that Prime Minister Ulisses Correia and his ministers start respecting all of the institutions of ECOWAS,” Mr Saab’s defense counsel said.

Featured image: Nigerian lawyer Femi Falana is part of the legal defense team of Alex Saab, Venezuelan diplomat detained in Cape Verde and facing extradition to the US. File photo.