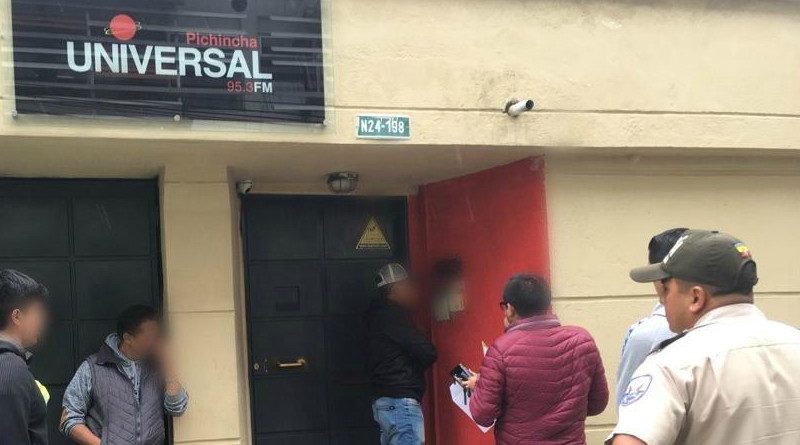 The Ecuadorian radio station Radio Pichincha Universal rejected Wednesday the beginning of an administrative process by the Telecommunications Control and Regulation Agency, to sanction the Ecuadorian media with immediate suspension of activities, Prensa Latina reported.

This station was raided by the police, according to information posted on Twitter by former president Rafael Correa.

In a statement, the agency explained that the decision was based on a report from the Council for Regulation and Development of Information and Communication, according to which “in one of the radio’s opinion programs, one of its participants allegedly incited the chaos and the paralysis of public services”.

“He also noted that the measure came after a notification from the Ministry of Communication of the Presidency of the Republic to prevent the transmission of its programming on a regular basis and required that it be attached to the FM Public Radio signal immediately”, Prensa Latina said.

Protests continued in Wednesday in Quito and now marches were also held in Guayaquil, where President Lenín Moreno moved, escaping from the protests in the capital city.