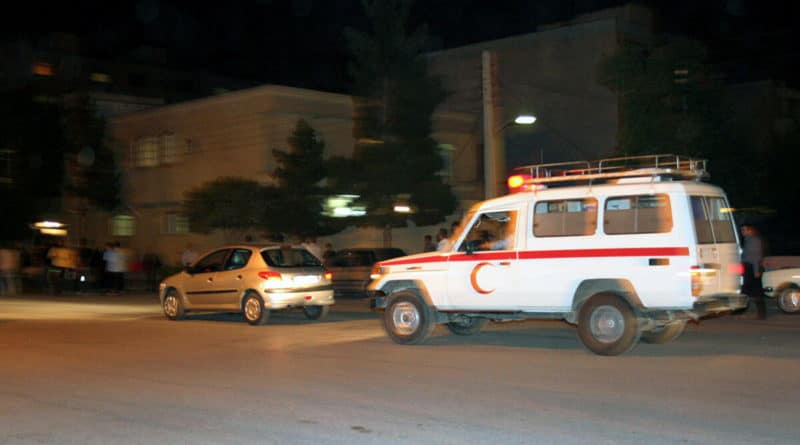 Earlier in the day, media reports suggested that multiple explosions occurred near Tajrish square in the Iranian capital.

An explosion and fire in a medical facility in the north of the Iranian capital killed 18 people, according to Press TV.

Earlier, the head of Tehran’s ambulance service, Peyman Saberian, told Fars news agency that the death toll from the blast was 13.

People have been sharing videos on social networks of a building on fire – reportedly the Sina Athar Medical clinic.

RELATED CONTENT The Caesar Act: The Latest Western Attack on Syria Didn’t Drop From a Plane

There’s not yet any official information on the cause of the incident or on possible casualties.

2nd attack in a single day in Iran.

The cause of the explosion is still unknown but attackers hit Sina Athar hospital, casualties also reported.#Iran #Tehran pic.twitter.com/5tpEBjZbLH

Commenting on the incident, Jalal Maleki, the Tehran Fire Department spokesman, said as quoted by the Tasnim news agency that a fire had broken out in a medical clinic and firefighters have been sent to the scene.

According to Iranian Fars News Agency, preliminary suspicions indicate that an oxygen tank was behind the blast.

The explosion occurred in the underground floors of the building which caused smoke to rise up through the floors, the agency reported, adding that firefighters have been able to localize the fire.

The incident comes several days after a large explosion occurred east of Tehran. According to the Iranian Defense Ministry spokesman, the incident was a gas tank explosion with no casualties being reported.