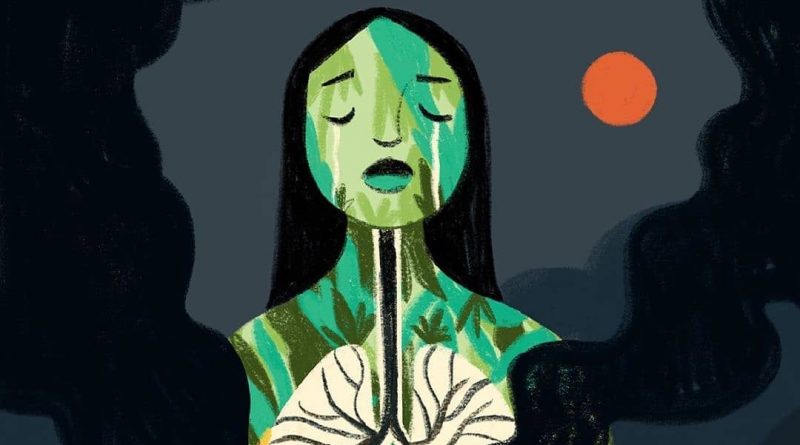 The fierce fires burning in the Amazon rainforest in Brazil for over two weeks was started deliberately. According to preliminary investigations, the fire broke out simultaneously in different places, meanwhile President Jair Bolsonaro not only did not take the needed steps to control the situation but he used the tragedy to charge against environmentalists, non-governmental organizations (NGOs), and he unleashed his hatred particularly against indigenous communities who have been attacked by the President and threatened of being “wiped out.”

The Brazilian President had already declared his project of turning the Amazon into some sort of big emporium for transnational companies since he took office. The disastrous fire is a high-level predatory action and, as experts say, by accident or deliberately, fires are always started by humans. Ambitious plans by the hegemonic power to take possession of the Amazon are not new. This territory appeared in school books in the United States as under its control to “preserve” the environment.

Well known are also the actions of many NGOs that depend on all type of foundations and are used by the hegemonic power for a variety of counter-insurgency wars launched against our countries and which have silently invaded and spread throughout Latin America.

Nowadays, fires are under suspicion especially after Israeli soldier Rotem Singer, allegedly on vacation, was arrested in Chile for being the author of fires in Torres del Paine National Park, in Chile’s Patagonia region, in 2012. About 17,000 hectares have already burnt there. Mr. Singer reached an agreement to avoid trial by paying $10,000 and aiding in a reforestation campaign. He also committed to work as a “volunteer” for Keren Kayemeth LeIsrael, an NGO expert in forestation with delegations present in Chile, for one or two years. This is a classical case of the wolves taking care of the sheep.

Fires in Chile and Argentina have been investigated but the information has been in general concealed to the population, even though the results concluded that it had been started deliberate, which makes it environmental terrorism. In the case of Brazil, the driving ambition of large transnational companies came public long ago. One of these predatory corporations is Monsanto, which unfortunately entered into our territories using corruption and the different weapons in the arsenal of the imperial power.

It is just unbelievable that Bolsonaro says his country does not have what is necessary to face this situation. “The Amazon is larger than Europe. How are we going to control the fires in this area?,” Bolsonaro said publicly confessing that his Justice Ministry does not have enough staff to investigate how the fires started.

He did state that these fires may have been started by opponents to his Administration. Another of his hypothesis is that “peasants or natives” may be responsible; he even mentioned stockbreeders, who are part of the right-wing elite groups that support him. While this is occurring with the President, his officials and the mass media were silent about the tragedy for a long time. This form of environmental terrorism also makes them accessory to a new crime against nature and thousands of native peoples, whose house is this immense and living rainforest.

Bolsonaro’s indifference to the situation in the Amazon is suspected to be part of his plans to “clean” the region regarding his “need to wipe out” native communities, as well as the black population, the poor, homosexuals, communists, and a long list that goes on and on. Nothing better than a predatory and “purifying” fire, according to his “evangelist” precepts, to meet commitments particularly with the presidents of the United States and Israel, Donald Trump and Benjamin Netanyahu. The latter is the silent guest who has a huge influence over the Brazilian President.

Accusing the indigenous population, whom he has been persecuting since he took office, referring to them with insults and racist terms from bygone centuries, also proves his policy of spreading hatred, which ties him closely to his best and powerful friends.

Native people in the Amazon are the best caretakers of their lands and nature. According to researches, it has been proven that they take only what they need from that nature which ensures their existence and survival.

Native women have given conclusive, desperate and very clear messages before Brazil’s Congress concerning the threat posed against their lives and the so-called lungs of the planet due to large mining and other expanding companies and projects.

The reaction of world leaders has revealed a huge selfishness in their statements. They only talk about the damage it will do for their countries’ interests and never about the thousands of victims – living organisms, humans, animals, birds, which altogether guarantee biodiversity.

The silence was broken only due to global pressure. The answer from Bolsonaro, President of a world power, was an attempt to explain that he does not have the means to face the situation. Meanwhile, Bolivian President Evo Morales is giving an example of the meaning of a president who loves his people, his territory, and his neighbors. As the fires reached the Bolivian Amazon, he immediately appointed a Committee for the Crisis and used everything available in his country, such as helicopters and aircrafts, besides renting the world’s largest firefighting plane, and the entire population is acting in solidarity. Evo has even gone to the fire lines to physically help with the effort.

Two very different responses that shows the difference between these two presidents. One, with a violent, xenophobic, racist rhetoric; and, by the way, a criminal that represents the regional far-right, the rampant and brutal capitalism of this century aimed at devastating the country due to the imperial order. The other, the first indigenous leader to become President of Bolivia; with a speech based on peace, on vindicating the rights of the peoples and the rights of indigenous people, rights that have been violated for more than 500 years; and also with profound care for nature, for “Mother Earth,” teaching the world a different path towards the dialectic relationship of humans and nature.

A denunciation coming from Brazil involving the organization Open Democracy, claims to have accessed internal documents of the Bolsonaro Administration which prove that the President is deploying a project to end preservation plans and move on to the exploitation of the Amazon. This is one of those NGOs whose double intentions we are aware of.

The NGO referred to sometimes sides with the Bolsonaro Administration when it uses hate filled rhetoric to “decrease the power of the minorities living in the region” and thus develop “predatory projects that may have a devastating impact on the Amazon.”

One of the priorities of the Brazilian Government is to settle the Amazon region to prevent the implementation of multilateral projects of forest preservation, according to Open Democracy. The NGO specifically mentions the so-called Triple A (Andes, Amazon, Atlantic)—an ecological corridor with 135 million hectares of tropical rainforest that would connect the Andes with the Atlantic, going through the Amazon. This is a huge preservation greening project that the Brazilian President intends to prevent.

Though this is part of a dark background behind the colonial ambitions to take possession of the Amazon, this region can only be cared for by its legitimate inhabitants as they have been doing for centuries. There is long history of predation here. Many authentic and decent fighters have been murdered by that dark power and the capitalist ambitions that destroy everything in its path. The same as Bolsonaro, they publicly express their plan to erase indigenous communities from the Brazilian map. Behind all of this, there is also an open plan of the United States and its allies to take possession of the Amazon territories, as they are already doing in places such as Colombia under the fake argument of being the only ones capable of preserving nature.

To understand just what these “caring for the land” is about, it is enough to remember genocides and looting to our countries and to Africa, where gardens were turned into deserts.

A recent report released by Hispan TV warned about the huge threat posed by biological centers strategically installed by the United States, together with military bases. This would be the case of Colombia and the idea is to do it in other countries with the passive consent of the subdued States and most of the media. It said, “Those laboratories are related to controlling the Amazon as a geopolitical projection of the Pentagon. Brazil and Colombia are two focal spots to achieve their goals.”

All of these things are behind the fires in the Amazon rainforest that are today “moving” the world. But there is much more to be investigated regarding the threats on the continent in this century and which also gives rise to the validity of multiple resistance.