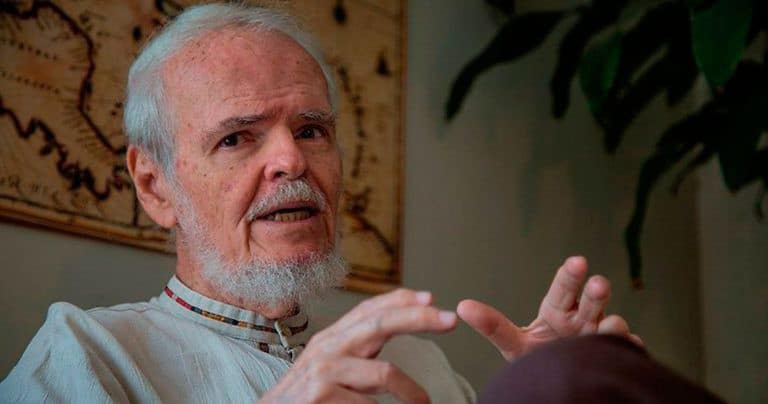 1.- Will we learn from History, or will we be forced once again to repeat it?

3.- Our response has been limited to be defensive. The progressives have not applied these tactics, and only some have managed to survive them by appealing to the popular will. In Venezuela, aborted coup through mass mobilization, terrorism reduced by the Constituent Assembly and frustrated assassination. In Bolivia, secession conjured by referendum. The progressisms wear out in combating these criminal offenses the effort they could devote to social reforms.

4.- In this war at all levels, in recent times computer crime has led to unexplained electoral victories in which it was the world’s leading power and in which it continues to be the leading power in Latin America. Apparently, through computer espionage about the electorate, the factory of falsehoods and contradictory promises and their saturative diffusion by fictitious issuers and by those new streetless political parties that are social networks, we have the magic formula to make the masses vote against themselves and remove progressives their main weapon: popular support.

5.- To guide the vote, to know the voters. Marcos Paz cites Latinobarómetro polls that between June and July already gave an impression of the electoral surprise in progress. 90% of those questioned considered that Brazil was governed by “a powerful group for its own benefit”. 44% thought that democracy is not the best system of government; 41% expressed that it would be the same to live under a non-democratic system, 14% preferred an authoritarian system, only 8% considered the distribution of wealth fair. (http://www.adnagencia.info/index.php?option=com_k2&view=item&id=15229:el-neoliberalismo-está-llenando-un-vacío-ideológico). If Latinobarómetro knew that about the Brazilians, imagine what the Big Data would know Steve Bannon, the advisor who assured Trump’s victory. It was enough to lie through social networks to force Bolsonaro’s victory.

6.- Because the lie has become the currency of legal course in the electoral processes of the post-truth. Víctor Sampedro counts in Publico.es that Barack Obama in his campaign of 2012 issued 25% of information falsely proven; Hillary Clinton in 2016 30% of lies and his rival Donald Trump an apotheosis 70% of blatant lies. These farlas landslides are “viralized” by Bots, posting robots that infest social networks pretending to be human, with tricks designed to fit each group identified by Big Data. One of four messages favorable to Trump on twitter was generated by machines. Lying is no longer an art, but a program.(http://www.other-news.info/noticias/2018/11/noticias-falsas-algoritmos-basura/)

7.- Progressives are obliged to understand and creatively neutralize this new phase of communication delinquency. In Venezuela, subscription television already accounts for more than 70% of the audience, and there are more cell phones than inhabitants. We do not know how many users of Facebook, Watsap and other networks unknowingly give information about themselves to the electoral advisors of the Empire. We had GIS XXI (National Social Research Group of the XXI Century) [a polling company], a splendid tool for surveys: we discontinued it. Chávez and Maduro accessed twitter. Just Miguel Ángel Pérez Pirela systematically works on the new battlefield of platforms 2.0. The left are by definition the vanguard: we can not be in the rearguard in the confrontation that may cost us our lives.

PS: Goodbye to Ali Rodriguez, savior of OPEC and PDVSA, president of UNASUR. He rescued international organizations and countries, and I never learned of a dishonest act of his in the exercise of power. We need him a lot.