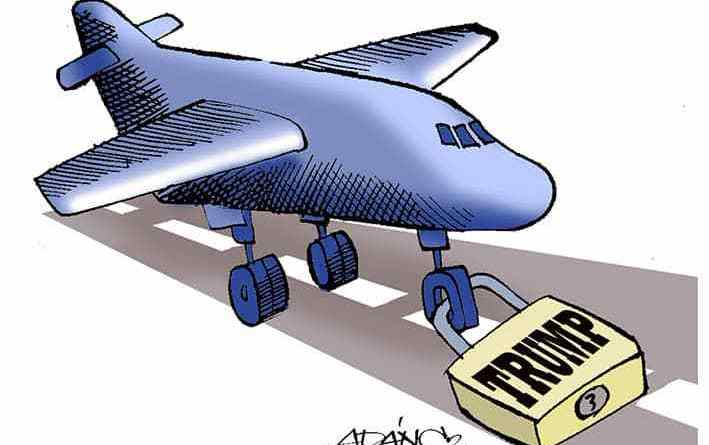 March 9, 2020 (Resumen Latinoamericano).- US companies that provided charter service to Cuban airports stopped flying to the island, with the exception of Havana, this evening in compliance with a ban from the US government.

It is one more tightening of the blockade that the White House has applied to Cuba, arguing that these actions are directed against the government of the Caribbean island, not the Cuban people or their families who come to see them from the US.

Now nine provincial Cuban airports will no longer be receiving charter flights from US territory, with the exception of Havana but it, too, will operate with limitations.

Washington’s decision complements another from last October, when landings and takeoffs of regular US airlines in Cuban territory were also suspended, with the exception of those to the Jose Marti International Airport in Havana.

This means that starting tomorrow the international airport of Santa Clara, in the center of the country, will no longer receive the average 14 weekly flights from the country to the north that carried an estimated five thousand travelers.

Most of them are Cubans living in the United States who are now forced to travel to Havana, even if their families live in the province of Villa Clara, Sancti Spiritus, or any other in the center of the country.

It is even worse for Cubans who are natives of Santiago de Cuba or Holguín, hundreds of kilometers from Havana.“It’s like they do not want our family to be reunited,” said Romelia Salazar, a Cuban from the eastern part of the country whose son will now have to fly to Havana and then travel by road to the eastern end of Cuba, a thousand kilometers away.

This is a well thought out plan to punish Cuba and to cause a chain of adversity because the land transportation on the island is affected by fuel shortages as a result of penalties and threats of the White House against shipping, fuel carriers, and insurance providers.

The situation had become so severe that the Cuban government was forced to buy a tanker with fuel paid in advance after it refused to touch the port of the island to avoid sanctions from the US government.