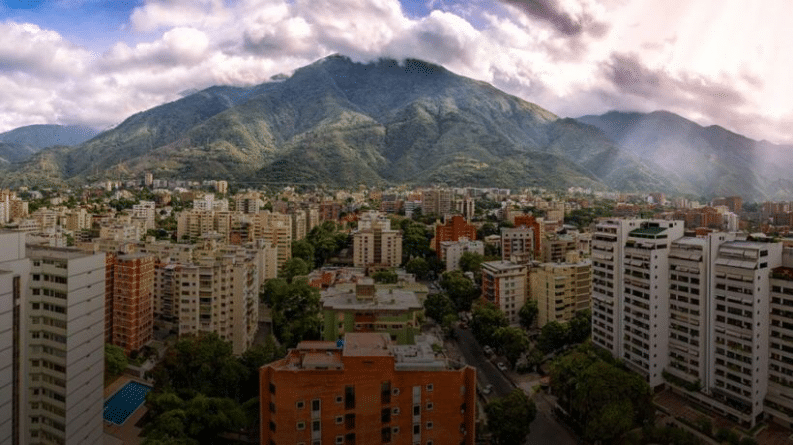 The announcement of the entry of “humanitarian aid” by the United States through the borders of Colombia and Brazil, valued at 20 million dollars and laughable in contrast to the damage caused by the financial siege, quantified in 30 billion dollars, does not succeed in hegemonizing public opinion, especially because of the threats of military intervention that have crept in from the White House, but also because the real data on the Venezuelan political and economic situation are out of tune with those of the nations that suffer deep social havoc.

Humanitarian crisis is a category of International Humanitarian Law, which refers to both natural disasters and high-density war conflicts and gives transnational aid, operated by governments and international organizations, an argument to intervene in the decisions that affect the States, violating their sovereignty. Haiti, Somalia and South Sudan are the precedents of Venezuela, the current objective of the humanitarian crusaders.

The United Nations Organization requires that, for an emergency of this nature to exist, the levels of violence, hunger and diseases must affect millions of people without the State in charge being able to exercise effective control of the problems.

Yemen, Libya, Iraq, Syria, Democratic Republic of the Congo, Ukraine, are some of the main countries that the UN Refugee Agency (UNHCR) considers to be the most critical of 2018 because they are immersed in a social crisis of a complex nature and extended in time. The wars that go through them increase food crises, disease epidemics, internal displacement and forced migration.

In this sense, the specific characteristics that are repeated in these regions of Africa, Asia and Eastern Europe, do not happen in Venezuela or are much less intense.

INDUCED FOOD INSECURITY AND THE COUNTEROFFENSIVE OF CLAP

Since 2016, the story of the “humanitarian crisis” began to be positioned by the National Assembly, a tribune of the opposition and in the spaces of the Organization of American States (OAS) with Luis Almagro at the head of the operation, anticipating that the effects of the Obama Decree and its ratification by President Donald Trump would be felt in the daily life of the population.

The deterioration of economic conditions in the Venezuelan population as a result of violent economic aggressions, which have also encouraged the proliferation of the black market economy and speculation, is undeniable, but there is still no point of comparison with true structural collapses like the ones in some Asian and African countries.

The latest FAO reports  estimate that between 2016 and 2018 there was an 11% increase in undernourishment, which is insufficient to add to food emergencies suffered by sub-Saharan countries, where the proportion of undernourished people is 30% of the total population.

The premeditated boycott of private industry to exert economic pressure, along with the attack on the currency from exchange mafias, worsened the access of the common citizen to essential products of the basic basket.

Simultaneously, the financial sanctions applied to the Central Bank of Venezuela and the state PDVSA limited the maneuvering capacity of the Venezuelan government to respond to the precariousness of food supply.

But the policy of distributing food at subsidized prices, which the Venezuelan State articulates through the CLAP, has largely contained the effects of these aggressions directed directly at the population. The attack and international discredit on a structure that currently guarantees basic food to more than 6 million families, reaffirms the intention to instrumentalize the story of famine as an element of the supposed “humanitarian crisis” in Venezuela, whereby try to justify a military intervention.

Do not forget that last year the government of Colombia, under the tutelage of the State Department, prevented the entry of more than 25 thousand boxes of CLAP food, while international banks hindered the payment of another 18 thousand, forcing the country to triangulate with allied countries to avoid the blockade.

CONSEQUENCES OF FINANCIAL AGGRESSIONS TO THE PUBLIC HEALTH SECTOR

More critical has been the sabotage in the acquisition of medical supplies to disrupt hospital emergency services. The deteriorated conditions of the welfare centers also have as a main trigger the executive order signed by Donald Trump in August of 2017.

To the national phenomena of medicine hoarding, rising prices and smuggling networks that divert resources, the international impediments to import medical treatments are added, such as the refusal of Citibank to receive a payment for the acquisition of 300 thousand doses of insulin, the obstruction in Colombia of a shipment of malaria drugs after a resurgence of this disease that had been eradicated, or the recent blockade by Spain on a shipment on the airline Iberia of 200 thousand units of medicines for chronic diseases, bought in Qatar.

Now, the Venezuelan counter-offensive again compensates for the serious consequences of these multidimensional attacks.

The activation of the 2018 free national vaccine plan, with the support of the World Health Organization and representatives of Cuban doctors, is an example of this. During the months of April and May a vaccination process was developed with more than 11 million doses, contemplating a total of 9 million beneficiaries. Among the diseases included, were diphtheria, tuberculosis, malaria, hepatitis B, polio, measles and tetanus.

The arrival of the Chinese hospital ship “Ark of Peace” in September 2018, is another element to be weighed when the Government is accused of being responsible for the hospital situation. This ship arrived in Venezuelan port, with 120 medical professionals, 8 operating rooms, 300 hospital beds and some 2,666 medical devices to provide specialized care to the country. The activity was a coordinated action between China and Venezuela.

Unlike states that have lost the ability to exercise control over their territories and in the event of war or natural disasters are unable to manage solutions to health crises that result, Venezuela has been able to establish partnerships with countries and agencies international organizations to mitigate the damage to the health of the population.

An elementary feature of countries with humanitarian crises are forced internal displacements and towards other countries, seeking to protect themselves from violent confrontations. In the 2018 annual report, UNHCR specified that two-thirds of the 68 million people displaced by war and conflict come from five countries: Syria, Afghanistan, South Sudan, Myanmar and Somalia. On the other hand, Colombia has 7.7 million victims of the conflict fleeing through the national territory, being the Latin American country with the largest internally displaced persons.

On the other hand, in Venezuela there is no record of forced displacement in the interior of the country, but the decontextualized use of figures on migrations and refugees by the international media is widely documented; it has been characterized as a migratory crisis, although it doesn’t correspond to the displacements caused by a warlike confrontation.

The data published by different initiatives to characterize the “Venezuelan exodus” as a problem that threatens international security, vary in numbers and place migrants and refugees in the same bag. The truth is that the reasons for Venezuelan migration are fundamentally economic (exacerbated by media campaigns) and skyrocketed in 2017, when the financial blockade against the country intensified.

Currently a total of 12,750 people who traveled to other countries to improve their economic status have returned through the “Plan Return to the Fatherland”, a program implemented to repatriate Venezuelan victims of labor exploitation, xenophobia and trafficking in persons.

ACTORS AND CURRENT ELEMENTS THAT DISMANTLE THE “HUMANITARIAN CRISIS”

The Venezuelan State maintains articulation with state and non-state actors with the aim of shielding social programs, provided that the provision of support is not conditioned.

In the meeting held with FAO and UNICEF in mid-January, in the framework of an invitation from the presidency attended by the UN, agreements were signed related to school meal programs, comprehensive education and urban agriculture.

Likewise, members of the International Committee of the Red Cross (ICRC) participate together with the Vice Presidency and the Ministry of Health in the evaluation of cooperation mechanisms to strengthen the medical area, after which, previous days, the president of the Red Cross Christoph Harnisch noted the political nature of the operation, that wants to activate on the border with Colombia, and announced they will not participate in what they do not consider to be humanitarian aid.

Health Minister Carlos Alvarado has also announced the entry of 18 million medical supplies, mostly from the agreements established with Cuba and China, some of which are direct purchases with companies from the international market that do not hinder payments and others through the Revolving Fund and the Pan American Health Organization.

This direct management of the Venezuelan institutions prevents the actions coordinated from Washington from resulting in a real humanitarian crisis that promotes the imminent fall of the structures that maintain the political order within the country. That is to say: the State and Chavismo.

By recognizing parallel bodies as legitimate and providing them with funding, the United States denies the political authority of the national government to act as the country’s maximum representative in resolving problems.

Thus, they claim that Venezuela does not accept “humanitarian aid”, while they ignore the multilateral efforts in order to guarantee social stability. Because a diplomatic exit threatens the variables they have manufactured to justify military access to the territory through supposed “humanitarian aid”.