Fitven (The Venezuelan International Tourism Show) was propitious for the South American country to promote more than 40 agreements with some of the invited countries from Asia, Latin America and the Caribbean.

The XVIII International Tourism Fair of Venezuela (Fitven) 2018 ended on Monday after being visited by more than 40,000 people, President Nicolás Maduro informed at the closing ceremony.

In the spaces of Simón Bolívar Park at the Generalissimo Francisco de Miranda Air Base, in the Miranda state, some 188 booths were set up, as well as 224 companies from the national and international tourism sector disseminated their respective proposals.

“It has been a total success (Fitven 2018), for the economy of the country, for the future of Venezuela,” he said, thanking the work done by the organizers and participants of the event.

The Head of State indicated that several business round-tables were held with 326 companies and it was possible to promote more than 40 agreements with the countries invited to the Fitven from Asia, Latin America and the Caribbean.

“Tourism is a vital engine of the Bolivarian Economic Agenda, tourism as well we have assumed is the future of Venezuela,” said the president.

In March, an International Business Round-table will be held to evaluate tourist projects for the South American country, President Maduro announced. 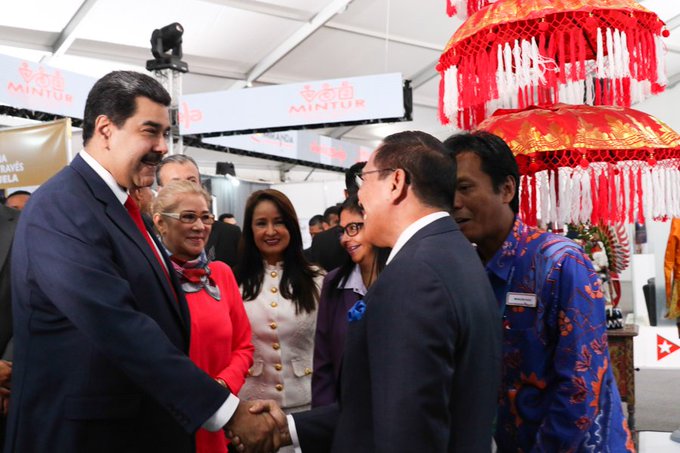 |”Tourism is of great importance for economic development, the generation of employment, the development of natural and historical beauties of the country,” said the president @NicolasMaduro

“For the month of March, the International Business Round-table will be held to launch tourism offers in Los Roques, La Tortuga, Canaima, Mochima and Isla de Margarita,” he said.

He also said that the areas mentioned will be “areas of international tourism, where the Petro will be linked (the crypto-currency) to international currencies” and invited the world’s investors “to bring their technology, their experience, their capacity, their market , its capital and continue moving in the development of tourism “.