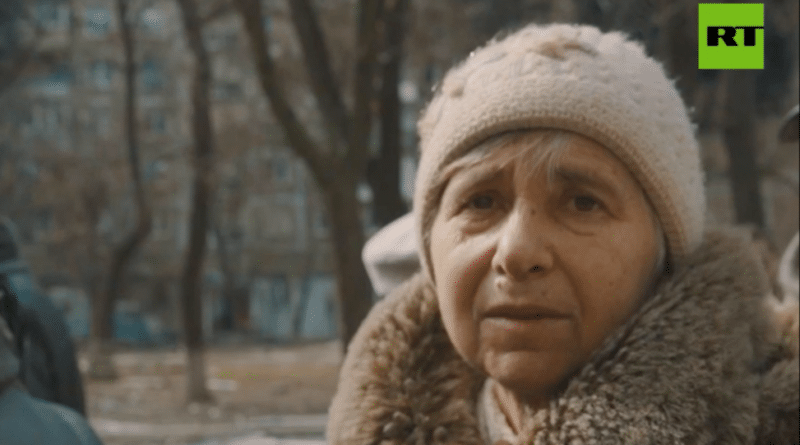 Local residents recount how, when they ran out of bread and water, they had to procure the latter from a river “under fire” from the ultra-nationalist Azov fighters.

Civilians in Mariupol who were unable to leave the city were interviewed by the Russian news channel RT. They spoke of what survival was like under the constant threat of the neo-Nazi Azov Battalion during the blockade of the city.

RELATED CONTENT: Global Divide: 76% of Humanity (& Nearly All Poorer Nations of Color) Did Not Vote To Kick Russia Off the UN Human Rights Council

A woman, whose name was not revealed to the public, explained that the residents of Mariupol were without access to water and bread for a month. She commented on how the only way to obtain water was by gathering it from a river while “under fire.”

“It was Azov,” said another resident. “The Asov battalion, or group, came and made everyone leave their houses, then they forced them into basements.” He described how civilians did not dare to “raise their heads” during four days, due to the tank and sniper fire.

“People would go out pleading ‘don’t shoot,’ but they would shoot at them anyway,” he said. “It was murder, murder, they were just killing people. Genocide.”

“I don’t know,” he added. “I’m not a politician for example, but the fact is that Azov did this, believe me.”

Featured image: A woman who was interviewed in Mariupol. Photo: RT.