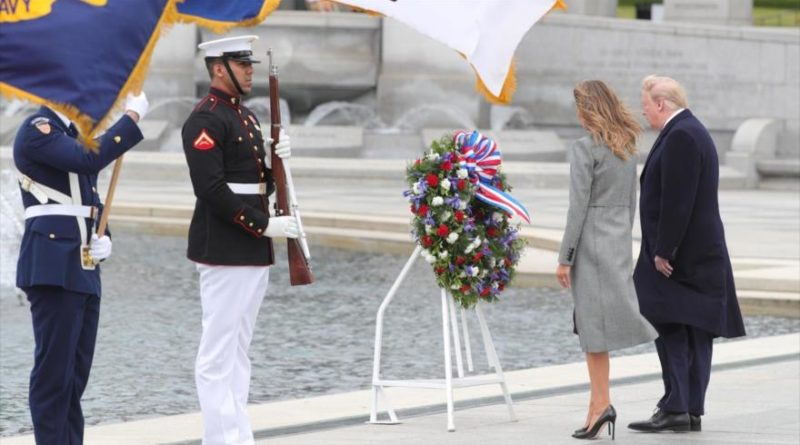 The White House received harsh criticism after it attributed the victory against Nazy Germany to the United States and the United Kingdom, and not mentioning the former USSR.

“On May 8, 1945, the USA and the UK won the victory over the Nazis!” the White House wrote on its Twitter account on Friday; ignoring the crucial role of the Union of Soviet Socialist Republics (USSR) in the defeat of German fascism in World War II (1939-1945).

The White House also highlighted the winning spirit of the United States. “In the end, that’s what happens,” was tweeted, along with images and a video of a wreath-laying ceremony commemorating the 1945 victory.

In this context, many users, including journalists and historians, condemned the attitude of the US government, led by Donald Trump. On the same social network, they published the iconic photo of a Red Army (USSR) soldier raising the Soviet flag over Berlin’s Reichstag building in Germany, an image that has become a symbol of Soviet and Allied victory over the Nazi Germany.

On May 8, 1945, America and Great Britain had victory over the Nazis!

"America's spirit will always win. In the end, that's what happens." pic.twitter.com/umCOwRXWlB

The White House is “trying to rewrite history,” remarked Norton.

Also, senior researcher at the London Institute for Global Policy, George Szamuely dismissed the White House tweet as “disgusting” and an “offense” to history and humanity. “The exclusion of the nation that did more than others to crush the Nazis shows how low the US has sunk,” he lashed out.

Russia has celebrated this Saturday, like on every May 9, the national holiday of Victory Day in the Great Patriotic War, a crucial and decisive chapter of World War II, in which the Soviet people fought against the Nazi invaders and their allies. The war ended with the capitulation of Germany.