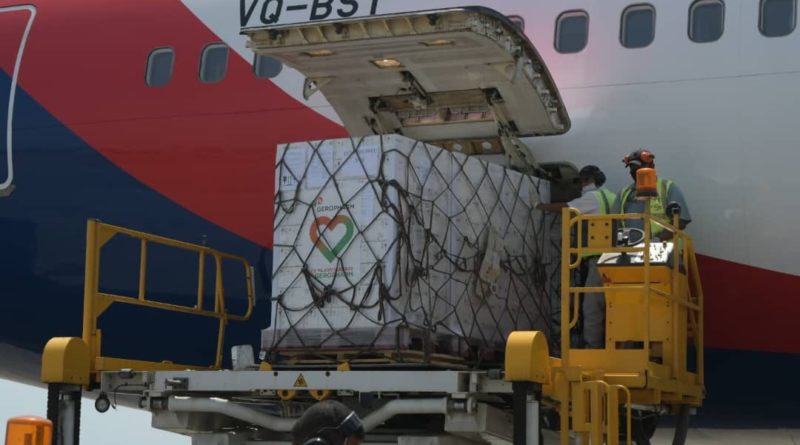 500 thousand insulin kits arrived this Friday to Venezuela from Russia, to reinforce the capacity of health care for diabetic patients in the country’s public hospital network, in the midst of the Covid-19 combat.

The lot was received by the Minister for Health, Carlos Alvarado, among other authorities, in addition to the Russian ambassador to Venezuela, Sergey Melik-Bagdasarov, at the Simón Bolívar international airport in Maiquetía, La Guaira state.

The minister indicated that this is the fifth shipment of insulin sent by Russia as a result of an agreement signed in 2019 for strategic cooperation.

“It is an agreement not only for the acquisition of insulin, but for its manufacture in Venezuela. Today 500 thousand insulin kits are arriving in the country to complete the 800 thousand kits out of more than 5 million that are contracted in this international agreement,” he explained.

The minister said that as a result of cooperation agreements with Russia, Venezuela has received 1.5 million doses of influenza vaccines this year, 30 thousand PCR tests for the diagnosis of Covid-19 were also supplied.

“We have also held a video conference with Russia with the Russian Minister of Health and we have coordinated joint activities between Venezuelan experts and Russian experts to strengthen our capacity to fight Covid-19 since there has been extraordinary handling in Russia, and they are also developing a vaccine against Covid-19, ” stressed Alvarado.

On behalf of the Venezuelan government and people, he thanked this new contribution of international collaboration.

The Russian ambassador to Venezuela, Sergey Melik-Bagdasarov, present at the international air terminal, stressed, for his part, that this new delivery of medical supplies is a clear example of a fruitful and effective cooperation between the two countries in health and other strategic areas.

For his part, Venezuelan Foreign Minister Jorge Arreaza, through his Twitter account, highlighted the strategic cooperation between the two nations for the protection of the health of the Venezuelan people.

“Another sample of our fruitful and effective strategic cooperation in health with the brothers of the Russian Federation: today we receive an important shipment of insulin that will be destined for the public health network for the protection of the Venezuelan people,” he posted.