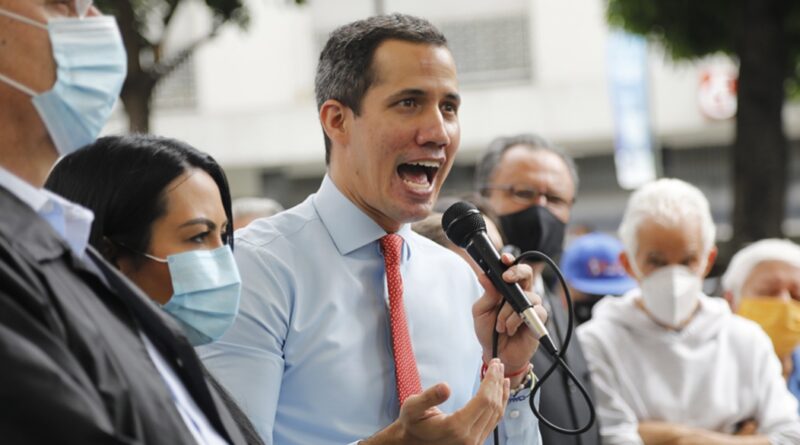 Mr Guaido refused to rule out violence to remove the democratically elected Bolivarian leader, saying “we must have all possible alternatives in mind.”

“The only option is to keep putting pressure on Maduro because he will not leave power voluntarily,” he said.

The former president of the National Assembly has been the figurehead for a series of spectacularly disastrous failed coup attempts launched with the support of the US and other imperialist powers.

But his efforts have been rejected by the Venezuelan people and the country’s armed forces, who overwhelmingly support Mr Maduro and the Bolivarian government.

The left-wing Great Patriotic Pole won a resounding victory in last weekend’s National Assembly elections, ushering in what was hailed by Maduro as “a new era” for Venezuela and the defeat of those who support damaging US sanctions.

The EU, UN and others refused to send election observers while opposition parties were urged to boycott the poll, with Washington making unfounded accusations of fraud ahead of voting in an attempt to discredit the election.

But just 20 opposition parties heeded his call for a boycott, with 107 organisations taking part.

The parallel Constituent Assembly, which was established in 2017 to draw up a new Venezuelan constitution, is set to be disbanded this month as planned, Mr Maduro confirmed today.

He said that the new National Assembly, which is set to convene on January 6, would be a place for dialogue, national peace and progress.

“Now the Assembly reflects the composition of Venezuelan society, whereas the bourgeois entity of these five years was never a reflection of that, but of the interests of small groups, of small political mafias,” he said.

He reaffirmed his position towards the incoming Biden administration in the US, insisting that the country wants good relations based on respect for Venezuelan sovereignty.

“We have always made every effort, since comandante Hugo Chavez, to have the best of relations. We have good relations with the United States as a country, with its society, with important sectors of the intelligentsia.

“But we have not been able to have good and respectful relations with the governments of that country,” he said.