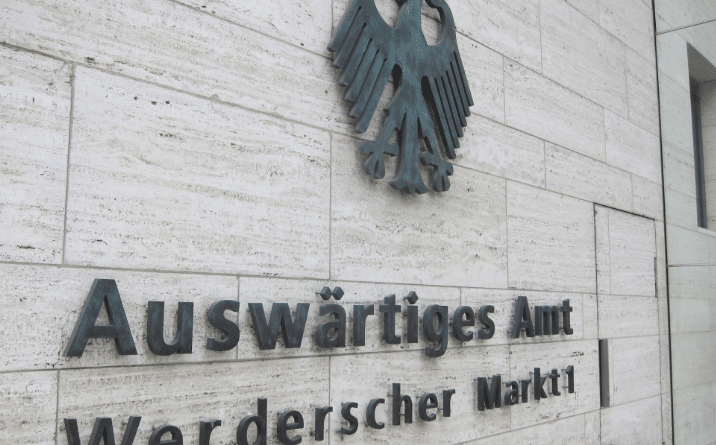 This Friday December 4, Miguel Berguer, the Secretary of the Federal Foreign Office of Germany, ascertained that his country will continue to support the far-right, and the politically vanishing Juan Guaidó in his plan to “achieve a free and democratic Venezuela.”

“In a telephone conversation, I assured interim president Juan Guaidó of our continued support to achieve a free and democratic Venezuela,” said the official through his Twitter account.

“I regret that the offers of the European Union to Maduro for free and fair elections on December 6 fell on deaf ears,” he said, without mentioning anywhere that Venezuelan authorities made several concessions to facilitate the participation of the Venezuelan extreme right and requested the European Union to send observers for the Parliamentary Elections scheduled for this Sunday, December 6, 2020.

Let us remember that the parliamentary elections which will be taking place in Venezuela this Sunday will decide the formation of the new National Assembly (AN) of the country. Organizations such as the European Union (EU) have already stated that they will not recognize this election, and a number of geopolitical analysts agree that this is the consequence of Washington’s control over European foreign policy.

“Nazis are Nazis, supremacists are supremacists, racists are racists; you cannot erase that in one or two generations,” an international affairs expert said to Orinoco Tribune. “Moreover, the political chess game of international interests between the United States and the European Union is very complex, and it operates at the level of concessions, meaning ‘I’ll give you this if you give me that’—there are no principles whatsoever besides what I mentioned at the beginning, if you can call those principles.”

It should be noted that Guaidó proclaimed himself “interim president” with the support of the governments of the United States and its European allies, a block which continues to maintain a multipronged attack against the South American nation.

“Currently Germany is focused on avoiding unilateral US sanctions against the gigantic Nord Stream 2 gas pipeline project with Russia,” the expert added, “and they are giving concessions to the gringos hoping to allay the effects of the out-of-control US policy of ‘I Sanction Whomever I Want’ which has been deployed massively by the Trump regime. Continuation of this arrogant approach to international relations will pave the way to a faster US decline if not corrected.”