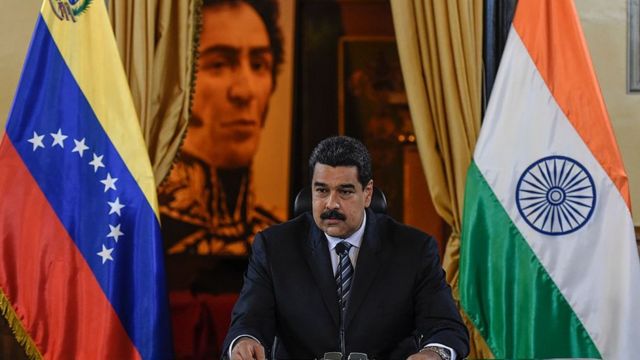 India was a key importer of Iranian and Venezuelan oil before cutting back on purchases following the imposition unilateral sanctions on the two OPEC members after Donald Trump took office in 2017.

RELATED CONTENT: Why Imperialism is Obsolete in Latin America

“As a buyer, I would like to have more offers. We should have more places to buy (oil),” Pradhan said in response to a question about whether he wants the Biden government to relax sanctions on Venezuela and Iran.

India, which was Iran’s largest customer after China, stopped buying oil from Tehran in May 2019 and has slashed its consumption of Venezuelan crude in recent months, following Trump’s imposition of sanctions after breaking the Iran Nuclear Deal, signed by the US and European countries, and his attempts to force Venezuelan President Nicolás Maduro to relinquish power.

Biden, who was Barack Obama’s vice president when the 2015 nuclear deal between Iran and six world powers was reached, has said he wants to offer Tehran a path back to diplomacy.

India, the world’s third largest oil importer and consumer, wants to diversify its crude purchases to access better prices, especially in current times when the oil demand seems to be rising due to the economic recovery of many Asian countries.

Sanctions on Iran and Venezuela have blocked up to three million barrels per day, or 3 percent of the total, from reaching the global supply.