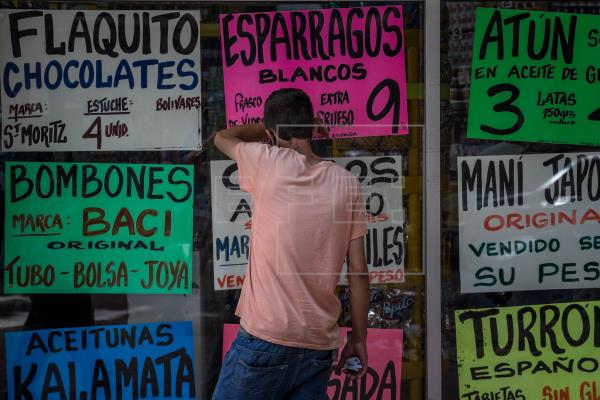 Caracas, April 19, 2021 (OrinocoTribune.com).- Inflation in Venezuela reached 16.1% in March, according to data from the Venezuelan Central Bank (BCV), a number higher than the 9.1% reported at the beginning of April by the Venezuelan Finance Observatory (OVF), an office that answers to anti-Chavismo elements.

According to data released on Saturday night by the Venezuelan institute, accumulated inflation for the first three months of 2021 reached 127.8%, after the country recorded price increases of 46.6% and 33.8% in January and February, respectively.

RELATED CONTENT: Guaidó’s Gag: He Names New Board of Directors at Telesur – They Treat Him as Crazy

The year-on-year variation in prices was 3,012.2%, according to Reuters’ calculations.

The new report by BCV provided statistics for both February and March 2021. The indicator for March was higher than that registered for the same month in 2020, when it stood at 13.3%.

The data from the Venezuelan issuer revealed that of the sectors that contribute to inflation data, healthcare registered the greatest variation, at 21.7%. This occurs at a time when the country faces a COVID-19 spike, with the public system providing—for free—healthcare for most of the cases despite the acute and criminal US and European blockade.

Featured image: A man peers inside a window covered with posters of food prices in Caracas, Venezuela. EFE/Miguel Gutiérrez/Archive.