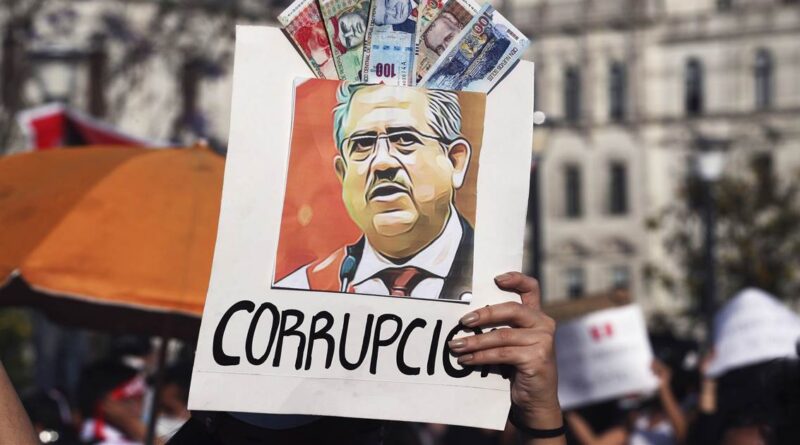 Manuel Merino, who assumed the position of interim president of Peru earlier this week following the removal of Martín Vizcarra, resigned this Sunday after several days of protests against him.

Minutes after Congress urged him to leave his post, Merino sent a message to the nation in which he said that his resignation is “irrevocable” and conveyed his condolences to the families of those killed in the protests. “All of Peru is in mourning, nothing justifies that a legitimate protest should trigger the death of Peruvians,” he said.

RELATED CONTENT: A Country on the Brink of Collapse: Health Tragedy, Economic Recession and Political Vacuum in Peru

During Saturday’s protests alone 112 Peruvians were recorded as injured, sixteen as missing, and two have died. Denunciations of human right abuses by NGOs specialized in theses issues are increasing.

“We live in a democracy and I want the best for our country,” he said, emphasizing that these events “must be thoroughly investigated.”

On the other hand, Merino said that “the ministers will continue in their positions until the uncertainty of the current moment can be resolved,” since “in no way will there be a power vacuum.” But minutes before his resignation local media reported the resignation of several of his newly appointed ministers.

The leader promised to “make every effort” for constitutional succession and stressed that Peru “deserves to move forward.” The news comes after six days of protests against the dismissal of former president Martín Vizcarra, resulting in the death of two protesters due to “indiscriminate use” of tear gas and rubber bullets by police.

Peru’s political establishment has been plague with corruption scandals for the last two or three decades, and in the last two years alone the South American country has had three presidents, and another appears to be in the making. In the protests it has been common to see claims against the appointment of Merino, but it’s also common to see people demanding all the politicians to go (“que se vayan todos”) and even calling for a new constitution—similar to protests in Chile that forced the political establishment to organize a referendum, in which the drafting of a new constitution under a Constituent Assembly was approved.

After being informed of the first death, politicians from different parties spoke out to demand the departure of Manuel Merino. Luis Valdez Farías, vice president of Congress and current acting president of the Peruvian Congress, urged the newly appointed president to immediately resign from the position that he assumed five days ago. Amid the chaos facing the South American nation, several senior officials have already submitted their resignation.