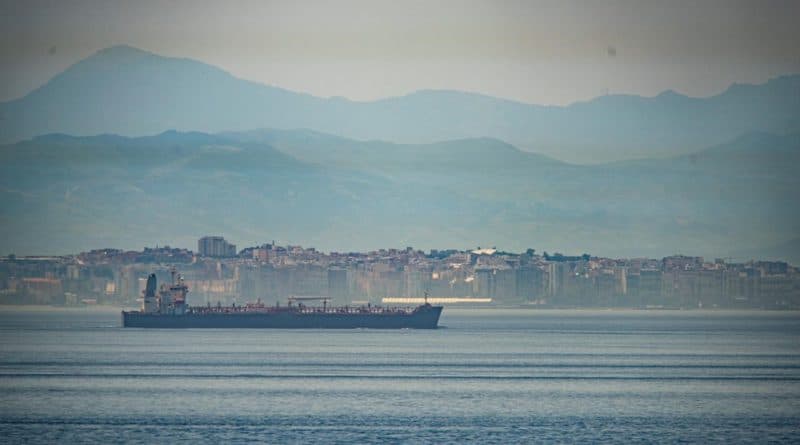 The first of the five Iranian oil tankers has just arrived at the El Palito refinery in the Venezuelan state of Carabobo. The ship named The Fortune entered Venezuelan waters Saturday evening accompanied by military ships and fighter jets from the Bolivarian National Armed Forces (FANB). People we spoke with in Caracas are celebrating in what can only be described as a victory against the belligerent threats of the US to stop the vessels by force. The solidarity and determination of sanctioned Iran with sanctioned Venezuela has won this round as the empire blinked. – editorial, 5/24

The Cuban Minister of Foreign Affairs, Bruno Rodríguez Parrilla, warned Thursday, on his Twitter account, that “the recent statements by the head of the U.S. Southern Command, loaded with lies and threats to the peace and security of Latin America and the Caribbean, are dangerous.”

U.S. Admiral Craig Faller on Monday accused China, Russia and Iran of trying to “rewrite the world order” and warned that U.S. warships are active and prowling in the Caribbean as oil tankers from the Persian nation arrive in the region.

The plot of the courageous Iranian gesture of solidarity with Venezuela is unfolding in a scenario loaded with tension and danger.

Washington is being challenged in what it has always considered its “backyard”.

The world is following the advance of Iran’s ships with close attention, some with hope and pride, and others with fear.

The five Iranian supertanker vessels that are on their way to Venezuela have a capacity of approximately 800,000 barrels each, which means they are carrying 127 million litres of gasoline. One of the cargo ships is carrying 800,000 liters of chemical inputs, catalysts for distilling gasoline, which would allow Venezuelan refineries to produce such fuel for a few years.

The arrival of this freighter has great significance for the Venezuelan republic, as it would help break the U.S. energy blockade.

Iran warned the US that it will respond with very strong measures to any illegal action against its tankers, and that it reserves the right to counter threats from Washington. In a letter published last Sunday, according to Hispantv, the head of Iranian diplomacy, Mohammad Javad Zarif, made it clear that, “the illegal, dangerous and provocative threats from the US are a type of piracy that poses a great risk to international peace and security.”

The US is doubling down the drums of war, lashing out at one and all, accusing China, Russia, Cuba and Venezuela, while the ships advance inexorably towards Bolivar’s land. Venezuela occupies a very important place on the world’s geopolitical chessboard and one question remains floating, in the air, over the feverish heads of U.S hawks: what now?

The imperial eagle is frowning, and the bones of President Monroe and his company are quivering underground. What will happen in Latin America?

There can be no doubt in the minds of the gentlemen of the White House that Iran is serious, because it has the support of a people that is protective of its sovereignty. Not long ago, when one of their ships passing in Gibraltar was stopped, they held back two British ships in response and did not release them until their ship was able to reach its destination.

In response to the assassination of General Quasem Soleimani, head of the Quds Force, Iran bombed two U.S. military bases in Iraq, calling into question the U.S. military’s missile defense capability and causing an undetermined number of casualties among the dead and wounded.

In the face of the attack, which remained unanswered, the White House was able to get an appreciation of the power and range of the Persian missiles, capable of beating targets with high precision, and most importantly, the combat decision of this people with a thousand years of culture and history.

On the other hand, Russia and China have shown their support for Venezuela and their rejection of any attempt of a direct US intervention.

Whatever happens, nothing will be the same.