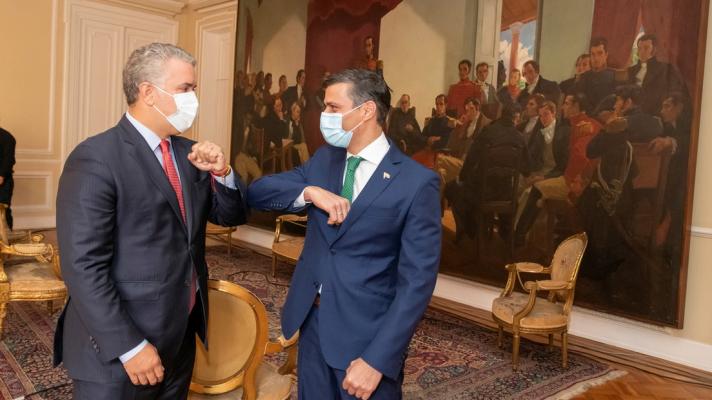 President Iván Duque of Colombia confessed that his government had helped Leopoldo López escape outside the Venezuelan borders, although he did not provide the details.

To welcome the founder of Voluntad Popular, Duque said, “We know how in recent months you were exposed to losing your life due to the persecution of the regime and when that attempt to silence your soul, your spirit and your voice was imminent. I told you that here was Colombia.”

He finished by saying, “Someday, when that story is written, we will be able to reveal the details of how we protected you among those who love you in your territory and ourselves so that today you can be a free voice in the world, denouncing the atrocities of the Nicolás Maduro dictatorship.”

Duque said that López is a “friend of Colombia” and that “we are pleased to have him in our country and having been able to contribute to the recovery of his freedom.”

Let us remember that this Tuesday, December 8, President Nicolás Maduro revealed that plans to assassinate him were discovered on Sunday, December 6, the day of the parliamentary elections, with Iván Duque being the protagonist of the plot.