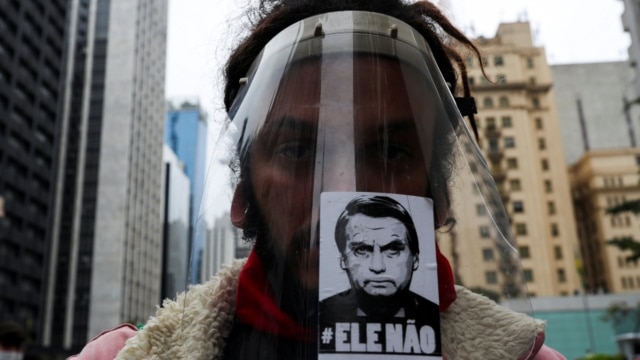 The Tories won’t stand up to far-right President Jair Bolsonaro – but as Brazil’s death Covid-19 toll increases to more than 50,000, the country deserves our support.

Brazil now has the second most deaths and cases in the world from Covid-19, topping more than 1 million coronavirus cases and 50,000 deaths.

He has consistently refused to put people and their health first, resisting the “lockdown” and social distancing measures which are regarded as essential by the World Health Organisation and experts globally.

At the same time, more and more Brazilians are protesting not only against his disastrous handling of the pandemic, but to demand the President goes, new elections and a restoration of democracy.

As Bolsonaro faces this growing national revolt, it has emerged the validity of his 2018 election is in doubt and could face annulment by Brazil’s Electoral Court, with a parliamentary inquiry investigating whether the Bolsonaro camp ran a vast and illegal disinformation campaign.

Doctors of the Brazilian Armed Forces check an child in village in northern Brazil during the pandemic (Photo: EVARISTO SA/AFP via Getty)

It is also worth restating that if former President Lula – once deemed by President Obama to be the most popular politician on the planet – had been allowed to run in the election, Bolsonaro probably never would have been elected.

While leading the polls, Lula was barred from running, against UN recommendations, in what was later revealed to have been a politically motivated prosecution. The judge in the case, Sérgio Moro who collaborated with the prosecution, was later rewarded by Bolsonaro with the Justice Minister post.

The prospect of Bolsonaro being impeached is also increasing.

Progressives all around the world will welcome these political developments, but it is important to note this is also an extremely dangerous time for the sixth most populous country in the world.

Bolsonaro’s government is military dominated and the threat of a coup is very real. It is also frightening, with Bolsonaro regularly praising Brazil’s military dictatorship under which hundreds of people were killed and tortured between 1964 and 1985.

He has even gone as far as to join far-right protesters calling for a new dictatorship.

It is not just in dealing with the pandemic that Bolsonaro’s policies have had a disastrous impact.

Bolsonaro also emboldened the criminals who started the Amazon fires last year, has attacked the Black Lives Matter movement as full of terrorists, and unleashed a vicious wave of austerity that will throw millions deeper into poverty.

Just as President Trump has done in the US, prominent Tories here have actively supported Bolsonaro and the policies he has undertaken in various areas.

To give one example, as the Amazon was burning, we saw the Tories literally cosy up to Bolsonaro’s team with then junior trade minister Conor Burns posing for pictures and drinking champagne with Minister Marcos Troyjo who had explicitly backed Bolsonaro’s policy of deforestation. A mural depicting a tug-of-war between health workers and Brazil’s President Jair Bolsonaro ; “Which side are you on?,” (Photo: AP Photo/Andre Penner)

Despite the horrific fires, Bolsonaro’s regime has continued policies which encourage big business interests keen to clear the forest in order that the land can then be used for agribusiness.

It was also recently discovered that various Conservative ministers were meeting Bolsonaro, his family and allies well before he was elected.

Specifically, Freedom of Information requests have revealed details of previously undisclosed meetings and correspondence between British officials and Bolsonaro before, during and after the election campaign, including when Boris Johnson was Foreign Secretary.

The Tories will not do it, but we must stand up to the likes of Trump and Bolsonaro on the key matters of our time.

From the need to put public health first when it comes to facing the coronavirus pandemic, to the need for real action to tackle the Climate Emergency, to the need to make Black Lives Matter a reality, movements for change are growing across the world.

People, health and planet must come before private profit. To make that happen internationalism is vital – and that means standing with the people of Brazil in their fight against Bolsonaro and for equality and democracy.

Featured image: Doctors of the Brazilian Armed Forces check an child in village in northern Brazil during the pandemic (Photo: EVARISTO SA/AFP via Getty) 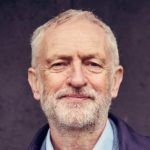