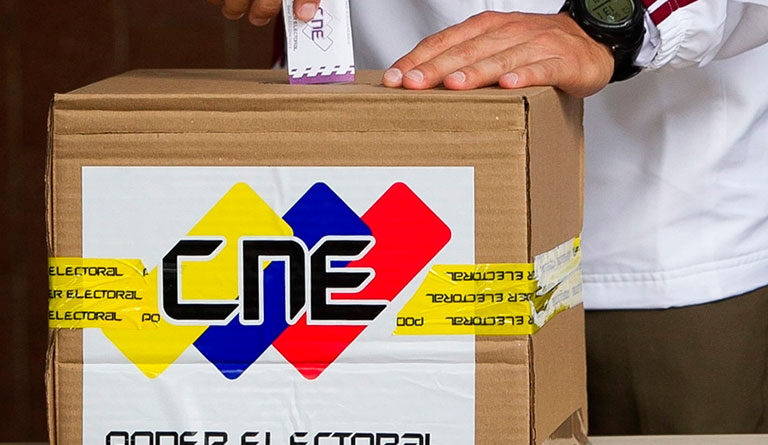 The alternate rector of the National Electoral Council, Luis Fuenmayor Toro, rejected [the idea] that the new electoral body is inferior to the one before: “that is war propaganda for abstention.”

During an interview on a radio station in the capital, Fuenmayor Toro indicated that those who deal in these opinions continue in constant contradictions.

“Now they are going to say that the current CNE is worse than the previous one, when in the past they said that there would be no worse CNE than the one of Tibisay Lucena,” he said.

He explained that the current CNE has three members of the government, while in Lucena’s administration it had four. “There it was 4 to 1 and this CNE is 3 to 2.”

He argued that leaders of the opposition sector are complaining to the CNE vice president, Rafael Jiménez, who is not fond of the government, about the decisions made by the body and stressed that they are “working in the minority to go to elections and improve conditions.”

In relation to the parliamentary elections of December 6, the alternate rector commented that the CNE “has to carry out institutional propaganda, promoted by all possible means, with the aim of getting people out to vote.”

“Until now the only majority party doing this has been the Psuv, even if people don’t like it, even if I don’t like it. The rest are pure acronyms and are smaller parties than those of the national dialogue table, which recognize themselves as minorities,” added the alternate rector.

The high official of the Electoral Power emphasized that the act of voting is regarded in national law as a right.

Likewise, the authority of the electoral body stressed that each person votes “to rescue the electoral route, not because they are going to set conditions. You vote to exercise a right and in that manner, defend ourselves.”

The National Electoral Council will hold the elections to the National Assembly on December 6 and is currently developing the schedule for this process.

The political organization Podemos ratified its support for the parliamentary elections on December 6, while rejecting the campaign carried out by some opposition parties to promote abstention in the country. Through a statement, they established a position against what they call a strategy promoted from abroad “without having the
slightest knowledge of what is established in the national Constitution or the Venezuelan electoral laws, but supported by lackeys and pawns.”

Juan Barreto: Guaidó does not want a new AN

The leader of Redes, Juan Barreto, said that the deputy Juan Guaidó and those who support him are desperate for there to be no elections and that is why they are calling for abstention. “They do not want a new NA, they want this, divided into several fractions that has no real power because it has been in contempt. They want the AN to continue so that Guaidó and his clique continue to be deputies for a longer time, they want to stretch the term of the Guaidó period and what they are doing is juggling.”

The Tupamaro Movement is working on revolutionary unitary formulas for the upcoming 6D parliamentary elections, announced the national secretary of this political movement, William Benavides. “The idea is that there are spokespersons for the
popular movement, the movement of growers, women, students, neighborhood movements, community members, production innovators, peasant movement, worker, among others,” he also stressed that this will defeat imperial claims.

The deputy to the National Assembly, José Brito, reported that members of Primero Justicia (PJ) and Voluntad Popular (VP) will ask the National Electoral Council for international observation during the legislative elections. “We are demanding international observation, not accompaniment, because we want the fate of the AN to be the one that drives the possibility of real change in the country, that each vote is the representation of the will of the people,” he said, saying that this would will give transparency to the process.

Copei: Our duty is to vote in parliamentarians

The national president of Copei, Miguel Salazar, indicated that they are determined to fight “on whatever terrain” but always “attached to the Constitution” regarding the upcoming parliamentary elections. “There is only one Copei and it has shown its
democratic spirit for more than seven decades. Today more than ever we are convinced that our duty is to vote if we really want a change for the country,” he added that abstention is not the way to solve the country’s political problems.