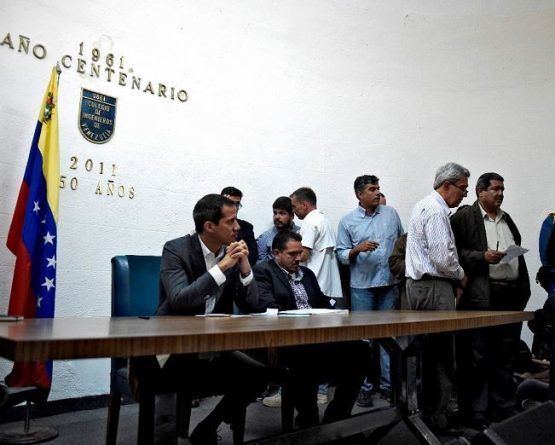 The public administration workers were called to a “staggered strike” by the head of the National Assembly, Juan Guaidó, who is recognized by around 50 countries as president in charge of Venezuela.

“Our call is to the public servants to collaborate with the strike,” he said Tuesday, March 5, in front of the media.

He assured them that the Parliament will work to generate a law that guarantees their labor stability, in order to keep the strike moving.

“The strike is the product of a decision and proposal by workers, who do not want to cooperate with the regime, and therefore we need a law that guarantees their safety, we must all commit to it,” he said.

The announcement was made after a meeting with public sector unions, with which he discussed wages and labor benefits.

“We are going to work for a fair salary table, only an internationally recognized government is going to protect the workers, they thought that the maximum pressure had come in. Some sadists celebrated because they burned humanitarian aid”.

Upon his arrival to Venezuela after touring several countries, despite the ban issued by the Supreme Court of Justice, Guaidó said: “The most important thing about my return yesterday is that not only did I enter, but I also left. Upon my arrival, we all felt that the relatives were returning, that it is possible to return home. ”