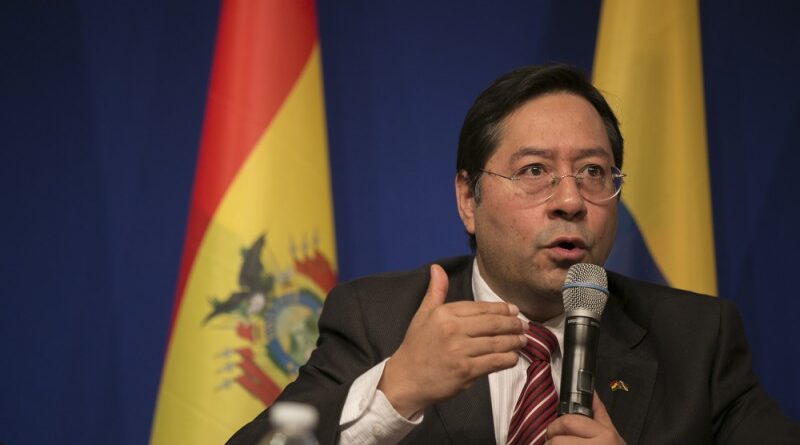 Is the renewed ascendancy of leftism in countries like Bolivia and Ecuador a sign that the ‘Pink Tide’ is returning?

“Our movement is unique in the world,” said former Bolivian president and leader of the Movement Toward Socialism (MAS) Evo Morales upon his return from exile on November 9, 2020. “The Indigenous sector is the one most threatened with extermination, discriminated, marginalized, and we promoted and created a political movement for the liberation of our country.” Although it is true that the MAS movement is “unique in the world” as Morales stated, largely owing to Bolivia’s unique demographics (approximately half of the population identify as Indigenous), its success is also an inspiring indication of progressive resistance across Latin America and the Caribbean.

The MAS’s fight for Indigenous, anti-imperialist interests has continued, but without Morales at the helm. Luis Arce, a left-wing economist and Minister of Economy and Public Finance under Morales (2006-2019), was sworn in on November 8, 2020, following almost one year of right-wing violence from an authoritarian coup government supported by the United States, Canada, the European Union, and the Organization of American States under Luis Almagro (who has also followed Washington’s line on Venezuela, Cuba, and Nicaragua). The coup government of Jeanine Áñez oversaw a program of privatization, immense borrowing from the International Monetary Fund, and suppression of Indigenous movements, as well as isolation from regional organizations intended to limit the influence of the Global North on Latin American and Caribbean economic policy, such as the Bolivarian Alliance for the Peoples of Our America (ALBA) and the Union of South American Nations (UNASUR).

RELATED CONTENT: Bolivia’s Segundina Flores: “We Must Continue to Decolonize the State”

ALBA and UNASUR are important organizations for the integration of left-wing, anti-imperialist governments in Latin America. In his speech at the United Nations in 2011, Hugo Chávez labelled this push for integration “[the] new regionalism,” and said that ALBA exists as an “experiment of progressive and anti-imperialist governments, seeking ways to break the prevailing international order,” while UNASUR is “a political bloc that federates the 12 sovereign States of South America with the purpose of grouping them under what the Liberator Simón Bolivar called ‘a Nation of Republics.’” This new regionalism is what the US-backed government of Áñez tried, and failed, to destroy in Bolivia. The MAS won the 2020 election with a staggering 55 percent of the vote (the next most popular party, headed by Carlos Mesa, received 28 percent) and President Arce promptly asserted his mandate by rejoining these alliances for the economic integration of progressive Latin American governments.

ALBA used to include Manuel Zelaya’s Honduras and Rafael Correa’s Ecuador, but Honduras left following the 2009 coup and Ecuador withdrew during the neoliberal reign of Lenin Moreno. Furthermore, it is important to note that the three observer states to ALBA are Haiti, Iran, and Syria. These observer nations gesture toward the greater threat that new regionalist organizations pose to US hegemony. In the Middle East, Iran and Syria represent two of Washington’s biggest targets due to their independent economic policy and refusal to bow to Western imperialism. Their observer status in ALBA indicates the larger counter-hegemonic trends that are developing across the Global South and help to explain why the right-wing coup government of Áñez was so quick to reverse these Morales-era alliances.

Ongoing protests in Haiti are likewise rooted in the progressive, anti-imperialist tradition. One of the inciting events for the unrest was the revelation that the US-supported government of Jovenel Moïse has embezzled millions from loans given by Venezuela through the Petrocaribe oil alliance. Petrocaribe represents another progressive integration initiative led by Venezuela. As outlined by Jean Jores Pierre, it is:

An energy agreement signed by 18 countries of the Caribbean, including Haiti… The principal objective is to contribute to energy security, socioeconomic development and the integration of Caribbean countries through the sovereign use of energy resources. The programme is based on the principles of integration of the Bolivarian Alliance for the Peoples of Our America (ALBA)—unity, solidarity, cooperation, complementing and integration with a view from the South.

Petrocaribe is an alliance which seeks to increase cooperation among Latin American and Caribbean states while removing private American interests from the negotiating table. Moïse, however, is accused of stealing Petrocaribe funds that were intended to go toward much-needed development programs in Haiti, a country that has been so thoroughly exploited by the Global North. It remains to be seen whether these protests will spark an upsurge of support for Fanmi Lavalas, former president Jean-Bertrand Aristide’s progressive party, and if such support would be able to return Haiti to the new regionalist nexus.

In Ecuador, meanwhile, Correísmo is back on the ballot following almost four years of vicious persecution from the highly unpopular neoliberal president Lenin Moreno. Moreno received a humiliating 1.5 percent of the vote in the ongoing general election, while Correa ally Andrés Arauz placed first. Arauz is a member of the Union for Hope (UNES), the left-wing coalition which represents the continuation of Correa’s policies (Correa’s party, the Citizen Revolution Movement, was banned from the election by Ecuador’s politicized electoral authorities, and Correa himself was prevented from running as Arauz’s vice presidential candidate). Arauz is a left-wing economist like Arce, and he is very much in the tradition of new regionalism outlined by Chávez in 2011—in November 2020 he attended Arce’s inauguration ceremony and voiced his support for the political programs of MAS.

Evo Morales himself has said that “if Arauz wins, it will not only be a victory for Ecuador. It will also be a triumph for the Latin American integration that we gestated with Hugo Chávez, Fidel Castro, Luis Inácio Lula da Silva, Nestor Kirchner, and Rafael Correa.” The election remains uncertain, however—recounts are being undertaken in Guayas, the country’s most popular region, following unsubstantiated allegations of fraud by the second and third-place candidates Guillermo Lasso, a conservative banker, and Yaku Pérez.

Pérez is an interesting candidate: although he describes himself as an “ecosocialist,” he has nonetheless supported right-wing coups across the region, stated that he would “not think twice” about signing a free trade agreement with the US, and his party, Pachakutik, has received donations from the National Endowment for Democracy, a well-documented CIA cut-out. Pérez also previously supported Lasso, a member of the right-wing elite, for president in 2017, and Lasso himself has stated that he would endorse Pérez against Arauz in the runoff election. It is clear that the US and its allies in the region are intent on preventing the return of Correísmo. The renewed ascendancy of leftism to Ecuador, when viewed in the context of Venezuela’s resilience, MAS’s victory, and resistance to right-wing rule in Chile, Brazil, Haiti, and elsewhere in Latin America and the Caribbean, would establish beyond a shadow of a doubt that a second ‘Pink Tide’ is unavoidable.

Although it remains to be seen how many gains will be made and how many existing gains will be secured, there is no doubt that the integration measures of Arce’s administration, and the continued push for socialist governance across Latin America and the Caribbean, represents a great opportunity for the new regionalism of which Chávez spoke in 2011, and for which his allies continue to struggle today.

Owen Schalk is a writer based in Winnipeg. His areas of interest include post-colonialism and the human impact of the global neoliberal economy.