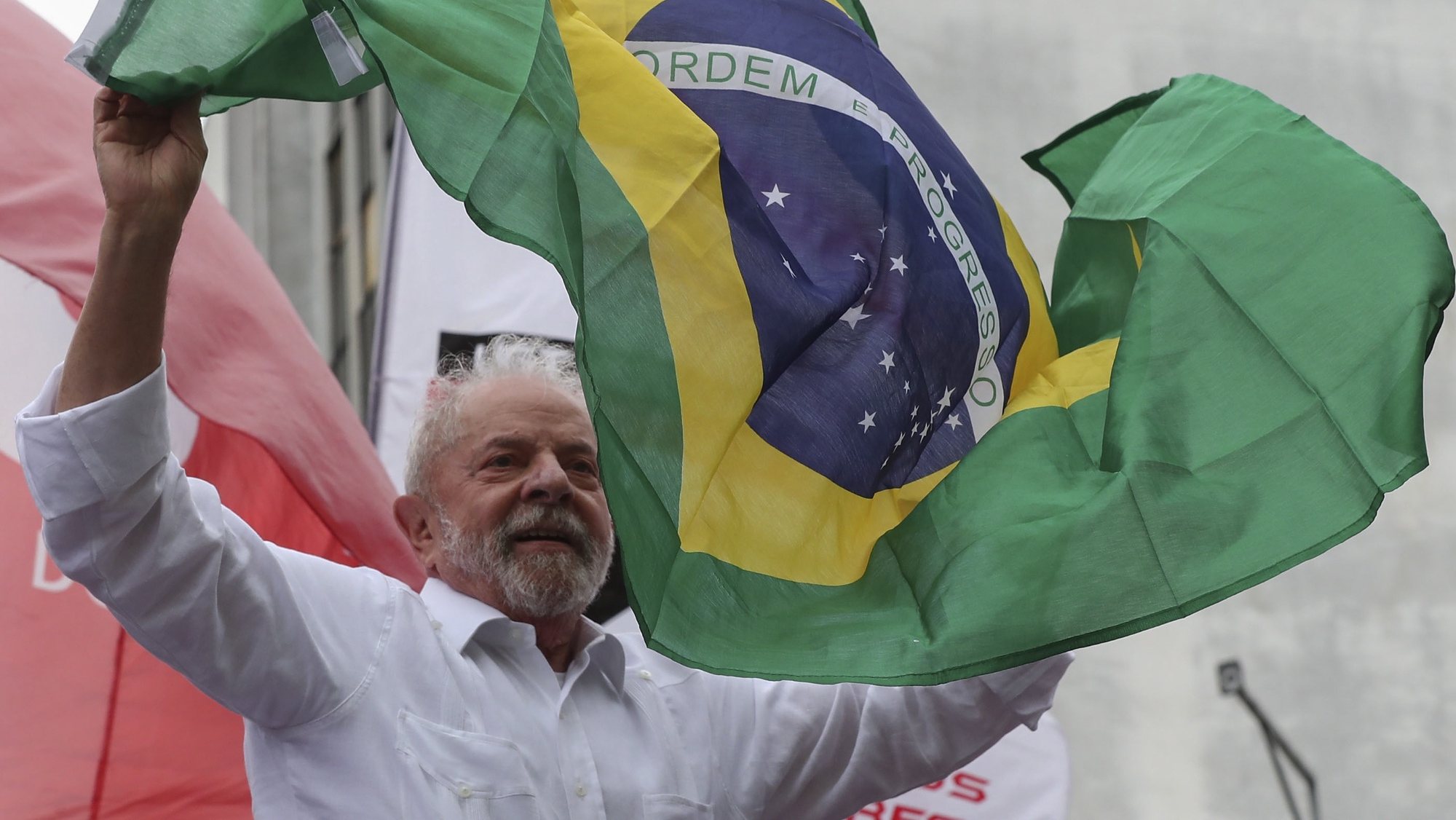 Lula Da Silva, the new president of Brazil, holding a Brazilian flag during a campaign rally a few days before the second round. Photo: EFE.

This Sunday, October 30, former President Luiz Inácio “Lula” da Silva outvoted President Jair Bolsonaro, less than two hours after the closing of the polls, concluding the second round of presidential elections in Brazil.

The Brazilian electoral authority website indicates that with these values ​​the choice is already defined mathematically in favor of Lula.

BREAKING: Lula Da Silva has been elected as President of Brazil. pic.twitter.com/z7agdjQKNR

With these results, Lula becomes the first Brazilian to enter the Planalto Palace for a third term, and Bolsonaro the first president not to be re-elected for a second term, according to RT.

Likewise, it points out that the narrow margin—the narrowest since the redemocratization of the country—reflects a completely divided country, and it can also be attributed to the suppression launched against voters on election day to discourage voting in areas known to be supportive of Lula.

Electoral irregularities
The polls closed at 5:00 p.m., Brasília time, after a day in which more than 156 million Brazilians were eligible to vote. With a total of 124.25 million votes counted by the electoral authority, it represents an approximate turnout of 79.6%.

The day was marked by complaints of roadblocks by the police in the northeast of the country, in Lula’s electoral fiefdom, to prevent or delay voters’ access to polling stations.

Globo announces that the Federal Highway Police have just announced they are suspending all 514 roadblocks in the Northeast that were blocking people from coming in from rural areas to vote, after its director just met with the Superior Electoral Court. Press conference shortly.

This was denounced by deputy Paulo Teixeira of the Workers’ Party (PT).

According to Teixeira, law enforcement agencies controlled by the government tried to, “create artificial political incidents for the benefit of the candidacy for re-election [Jair Bolsonaro],” and work towards the detriment of Lula da Silva.

Lula da Silva: Juan Guaidó ‘is Nothing Anymore in Venezuela’

Lula’s first message after his victory: “Democracy”
“Democracy,” was the first tweet that the elected president of Brazil published on his Twitter account after his victory was announced. He accompanied the tweet with a photo on the Brazilian flag with his hand over it.

Hundreds of Lula’s supporters (as well as Lula himself) are celebrating on Paulista Avenue in São Paolo, and they are awaiting his first speech as winner of the contested presidential race.